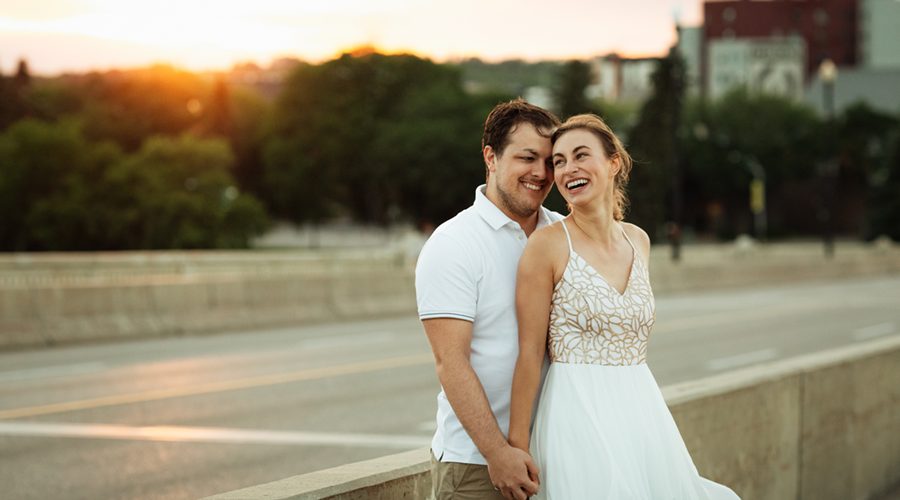 Thomas and Jillian met at the U of S gym. He asked her out for drinks, but she declined in favor of her calculus homework. Thankfully she took his number and they continued chatting by text, arranging their first date at the Broadway Roastery a few days later. Thomas arrived early and was halfway through his drink by the time Jillian arrived, thinking she wouldn’t actually show up. They went for a walk along the river and across the Broadway Bridge, getting to know one another.

One night, just over a year later, they spontaneously decided to go out for dinner to Taverna. Little did Jillian know that Thomas had a ring in the car for the past couple of weeks. After dinner, he asked her to go for a walk along the Broadway Bridge. She wasn’t dressed for the cold and didn’t want to go, but he persisted. As they stood on the bridge watching the sunset, he asked her to name all of their memories together from the bridge. Then he asked if she would like to add another one – and he proposed.

We returned to the Broadway Bridge for Jillian and Thomas’ engagement photos, to the spot where it all happened, to make yet another memory. These two brought all the energy to their engagement session, with so much laughing, singing, and theatrical movie quoting. They love to dance – Thomas is a fan of swing, Jillian grew up with ballet and highland dance, they ballroom dance together, and Thomas has promised his great-grandma that he will tango with her at their wedding.

These two have a zest for life that is infectious, and there is so much spirit in their love for each other. Congratulations <3 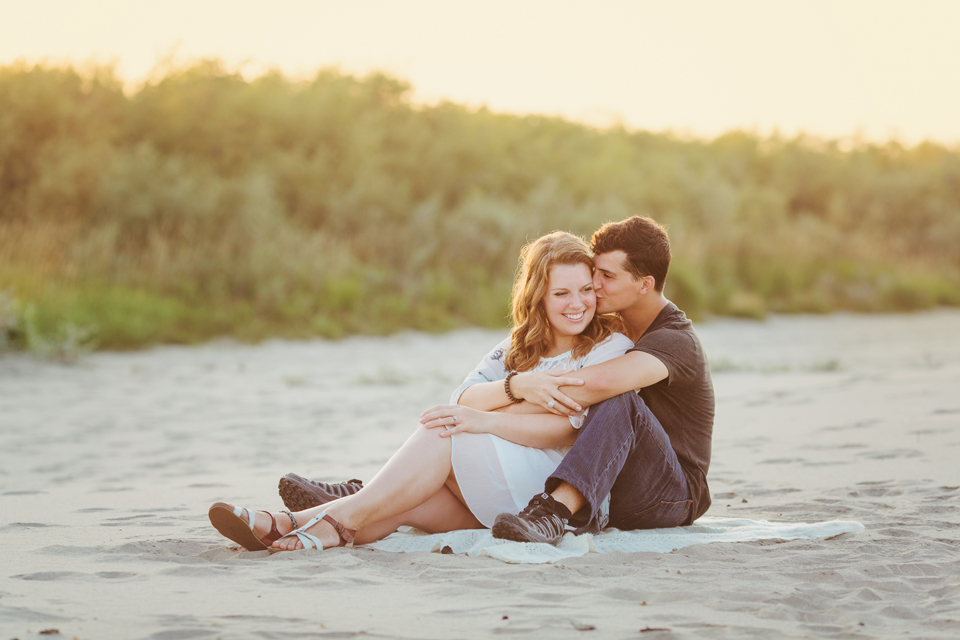 Saskatoon Couples Photos | U of S Campus | Samantha and Corey 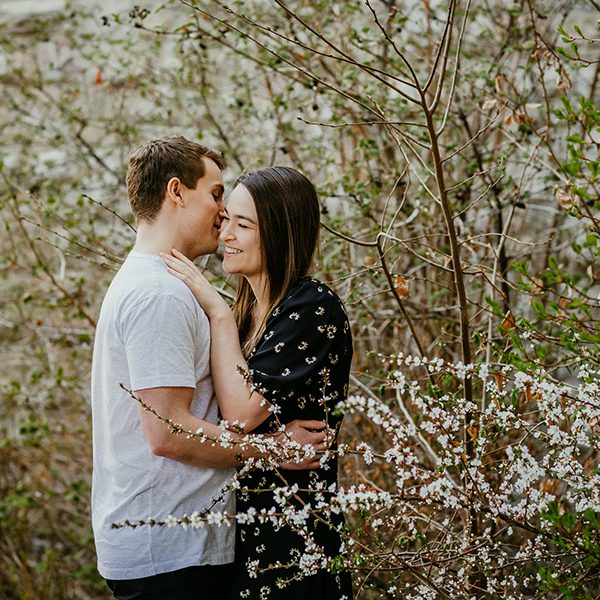 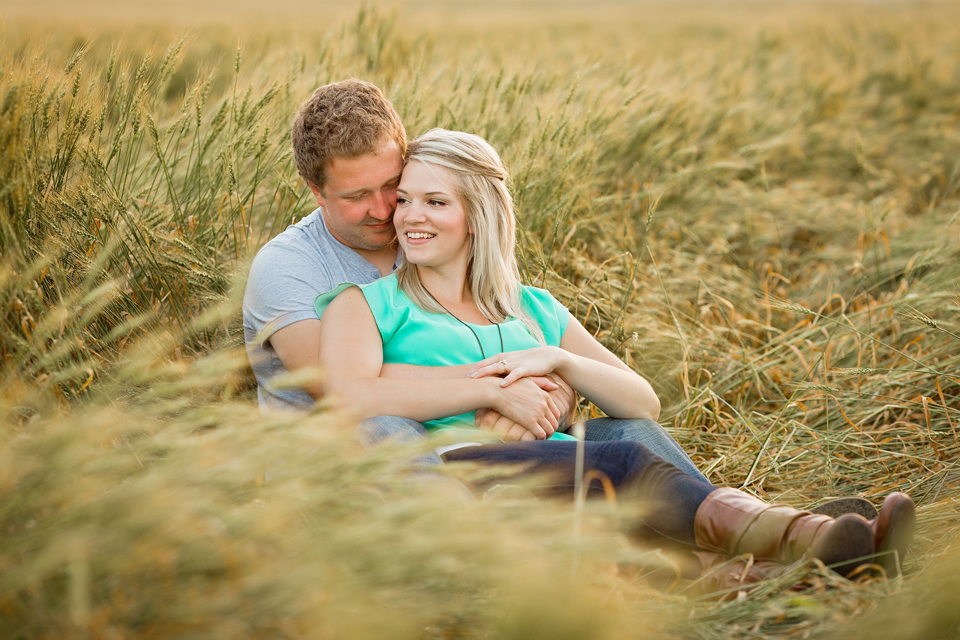 ← Intimate Saskatchewan Backyard Wedding in Hague | Sheena & Dave
Outlook Graduation Photos | Adventurous Senior Photos | Mackenzie →
Copperblue Photography & Design is located in Saskatchewan on Treaty 6 territory and the homeland of the Métis.
This is a safe & loving space for all races, religions, sexual orientations and identities. Love is love and every person has a story worth documenting.
Copyright © 2011-2022 Copperblue Photography and Design, Saskatoon, Saskatchewan
Theme by 17th Avenue