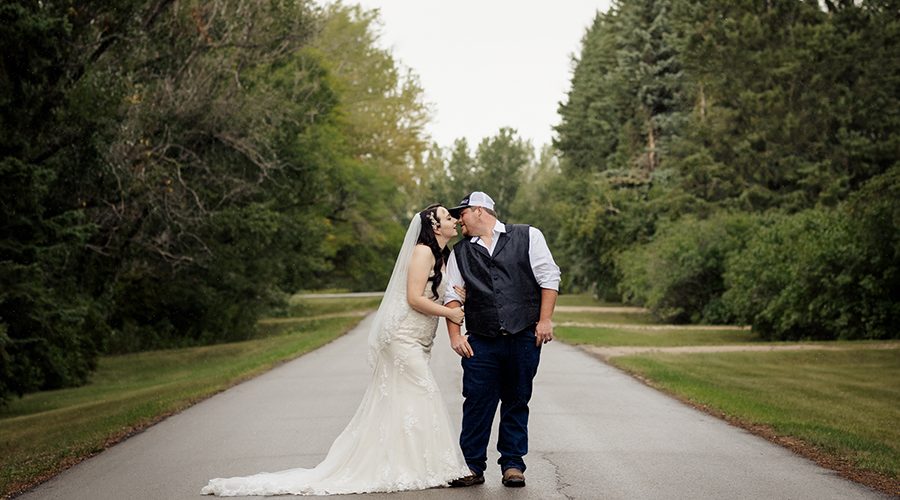 Get yourself a best friend you can fall in love with.

Leigha and Colby became best friends in grade 9, when they ended up at the same high school. In grade 12, when they realized it was far more than friendship, Colby proposed to her with a zip tie. They made it official a few years later on Christmas Eve, when their daughter Bexleigh brought Leigha a sign reading “Will you marry my daddy?” And this August, seven years and two beautiful daughters later, they said I do.

Spending quality time as a family is something that’s important to them both. Some days that might mean just watching a movie or running errands together. On weekends, they’ll make pancakes for breakfast and spend the day with their girls. And on this day, their daughters were the cutest flower girls, in their burgundy tulle dresses and tiny cowboy boots. The excitement was a bit much for little Ryleigh, who kept losing her boot and needed a quick nap before the ceremony. But big sister Bexleigh joined in on her mom and dad’s first look, doing her best to steal the show.

Leigha and Colby planned a late afternoon backyard wedding at their home just outside of Prince Albert. The effort they put into their DIY decor was incredible, with stunning handmade signs, florals, and personal touches. Wood and antler elements incorporated Colby’s love of hunting. A last-minute change in the weather forecast however meant enacting their Plan B. And as the rain poured down, their family helped move their ceremony into the hockey rink down the road.

Leigha’s older sister Kaila passed away when Leigha was younger, but she held Kaila close that day with photos in her bouquet and decor. Leigha’s mom and Kaila’s best friend joined in to make a private toast in memory of Kaila before the festivities began.

The rain lightened up enough for Leigha and Colby to spend some time together before the ceremony, with some photos on their street. They had each described the other as “my favourite person to goof off with”, and it’s clear they just have so much fun when they’re together. They were all smiles during their sweet ceremony, soaking up the joy that the moment had finally come.

When they stepped outside, the skies had cleared, perfect for some wedding party and and sunset photos at Mark’s Nine Golf and Country Club. Then it was time to head home, as family and friends joined them for beers around a backyard bonfire.

Congratulations Leigha and Colby, and cheers to a lifetime of goofing off together <3 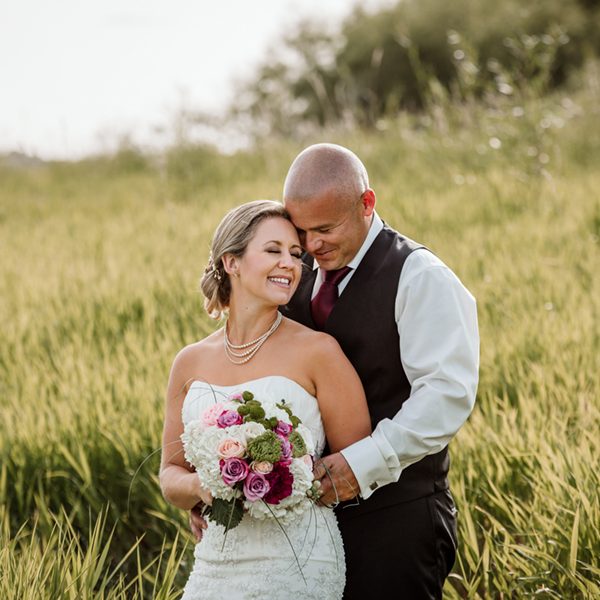 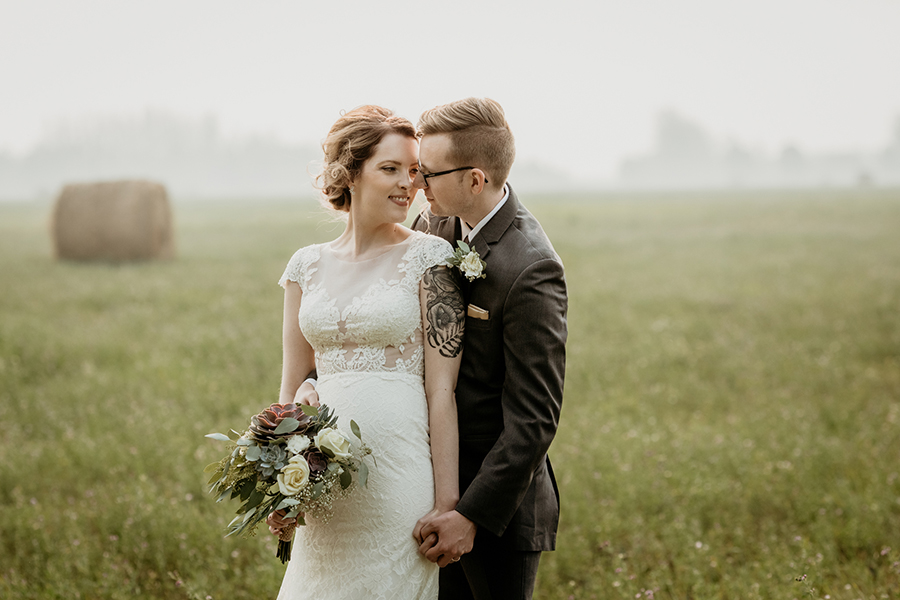 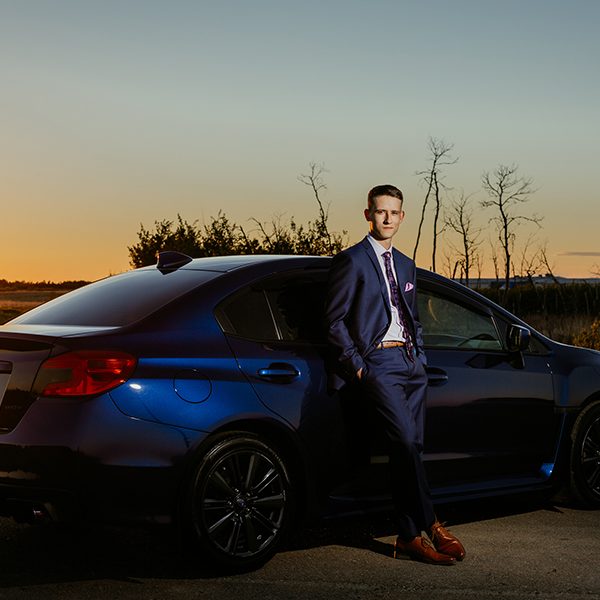 ← Prince Albert Grad | Carlton Comprehensive High School | Sierra
Saskatoon Christian School Grad Photos | Avoury →
Copperblue Photography & Design is located in Saskatchewan on Treaty 6 territory and the homeland of the Métis.
This is a safe & loving space for all races, religions, sexual orientations and identities. Love is love and every person has a story worth documenting.
Copyright © 2011-2022 Copperblue Photography and Design, Saskatoon, Saskatchewan
Theme by 17th Avenue