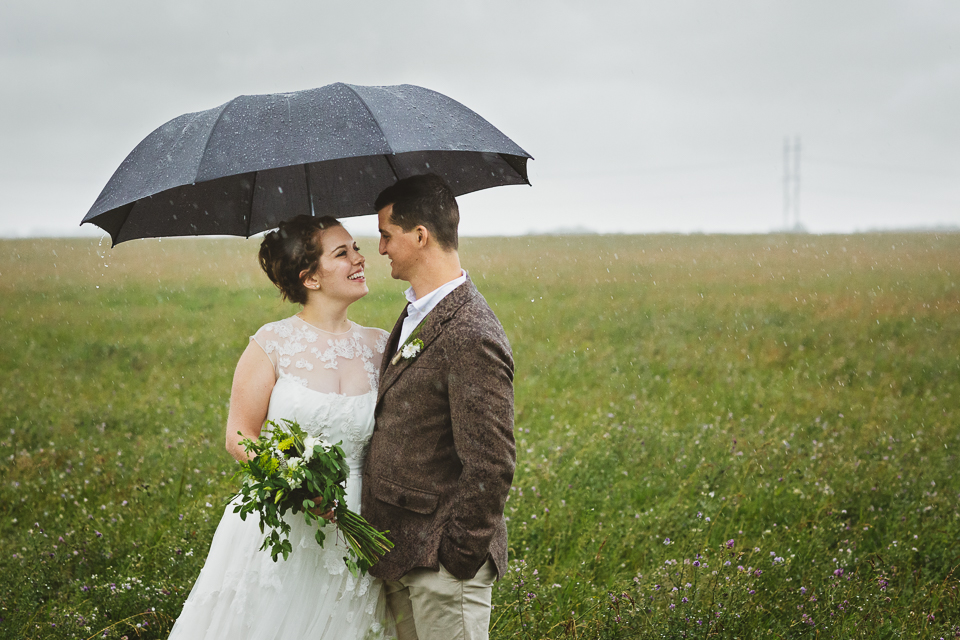 Toni and Paul were friends in high school. They grew closer over the years, and finally started dating immediately after graduation. With separate careers but a mutual love for travel and adventure, their relationship only strengthened over time. Often separated by long distances, they sometimes even found themselves continents apart.  All this until their sixth anniversary vacation together, when Paul dropped to one knee in the Rome Botanical Garden and asked Toni to be his wife.

The girls spent a quiet morning getting ready at the Parktown Hotel in Saskatoon, one ear to the radio, hoping that today would be one of those days where the forecast was wrong. It wasn’t so, and the rain began to pour down just in time for Toni and Paul’s first look.  This meant a first look with umbrellas. It meant moving the ceremony indoors. It meant formal photos out in the rain. And they didn’t just stick it out – true to who they are, it was an adventure that they shared, to laugh about, to make memorable. Together they embraced that rain as though they had asked for it.

Toni and Paul combined their passions for travelling and the outdoors in their Nostalgia Country Hall wedding, along with so many personal touches incorporating their loved ones. Toni’s father had passed away a few years ago, but she wore his watch. She also wore her grandmother’s wedding ring and pearl earrings borrowed from her mother. She paid special tribute to her best friends with personalized bridesmaids bouquets – tiger lilies for the Saskatchewan gal, grasses woven like Celtic knots for the Scottish Cape Bretoner, and lush greenery for herself to reflect her love of forests, moss and nature. Their chocolate lab Buddy, dapper in his teal bowtie, was their ring “bear”, and Paul’s brother and sister-in-law provided their ceremony music and sang their first dance song. Their guest book was a map of the world for everyone to sign, and their tables were named after cities they’d visited. With guests coming from some pretty faraway places, they set up a photobooth corner to ensure they got Polaroids of everyone in attendance. They even had a basket of fleecy blankets at hand for anyone who’d been chilled from the rain – though with the amount of dancing going on, they weren’t needed for long!

Toni and Paul, it was an honor to document the first day of this new adventure for you! 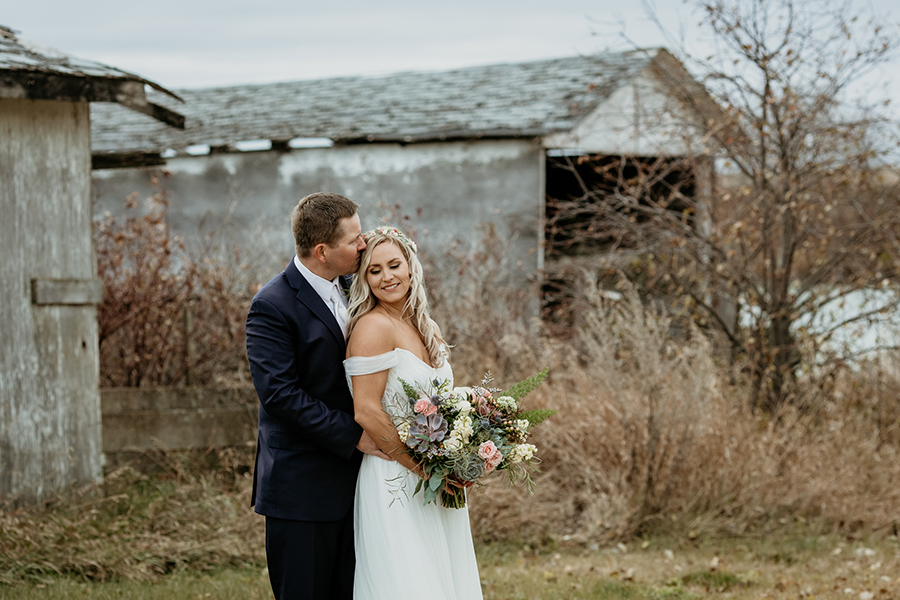 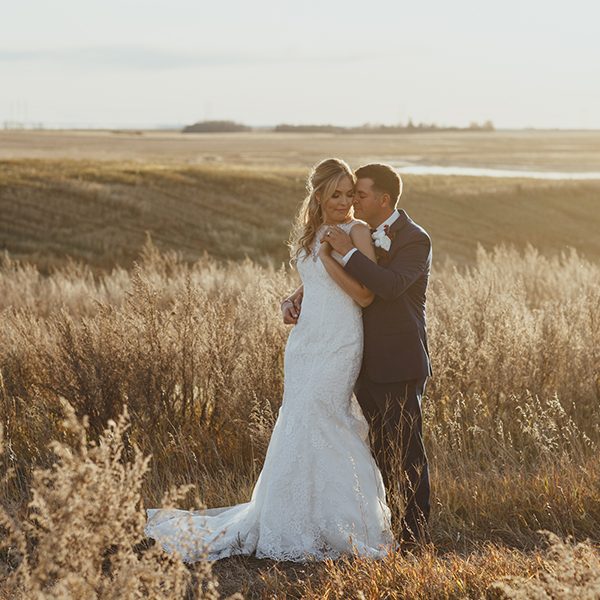