Part one of a two-part series featuring images from my guided day trip to Pripyat and Chernobyl, Ukraine, in September 2019. You can find part two here.

Sign at the entrance to Pripyat and view down one of the main streets, Druzhby Narodiv (“Friendship of the People”). 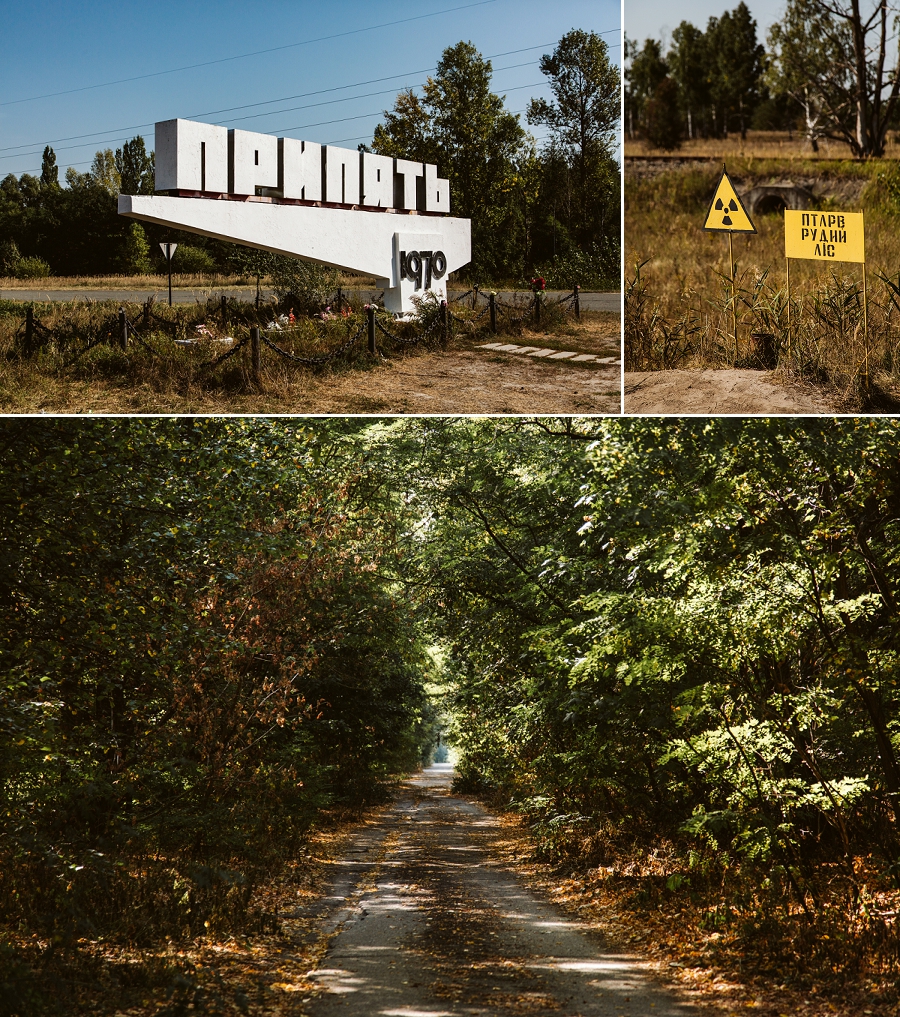 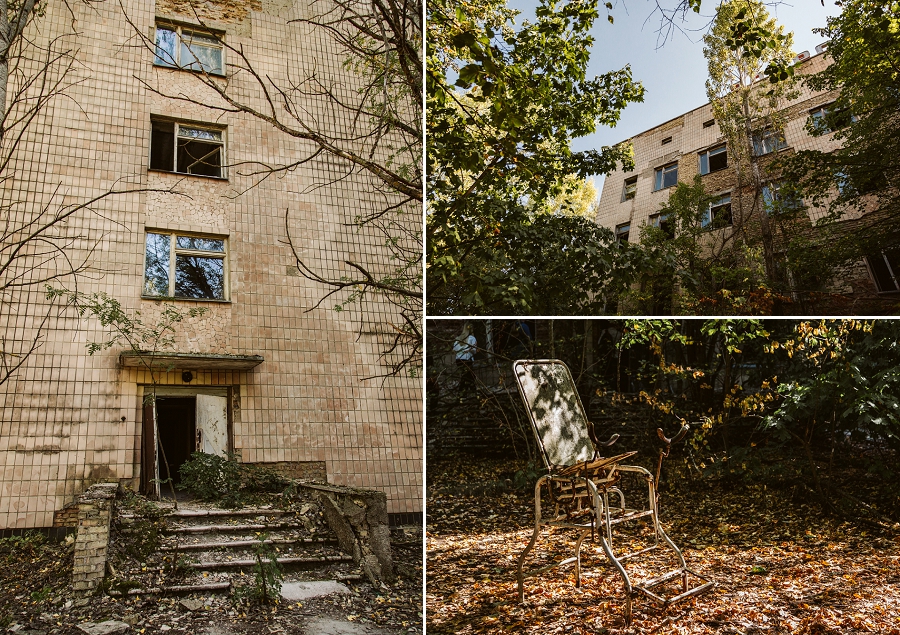 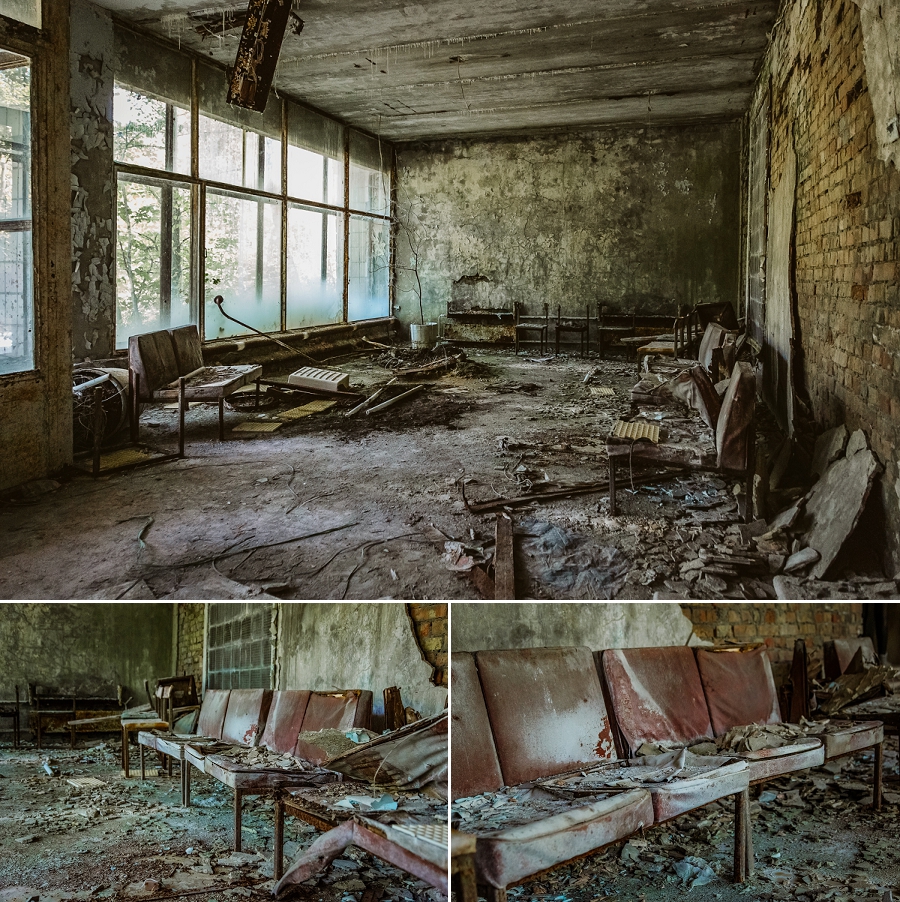 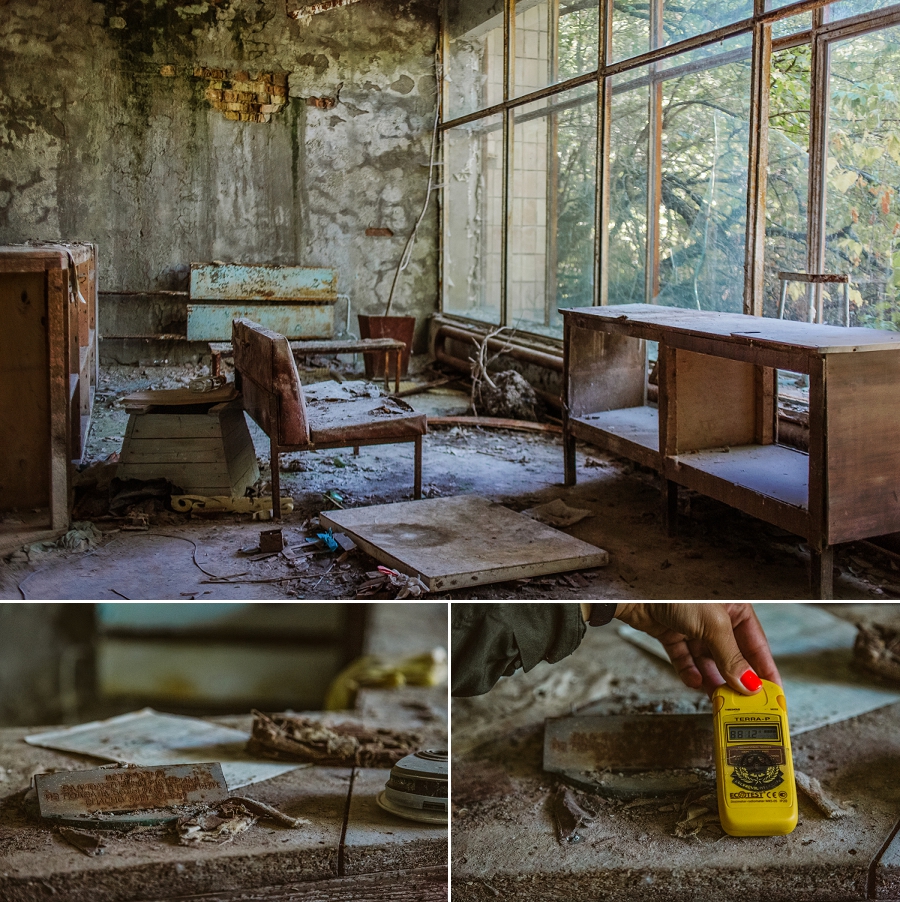 I went upstairs instead. 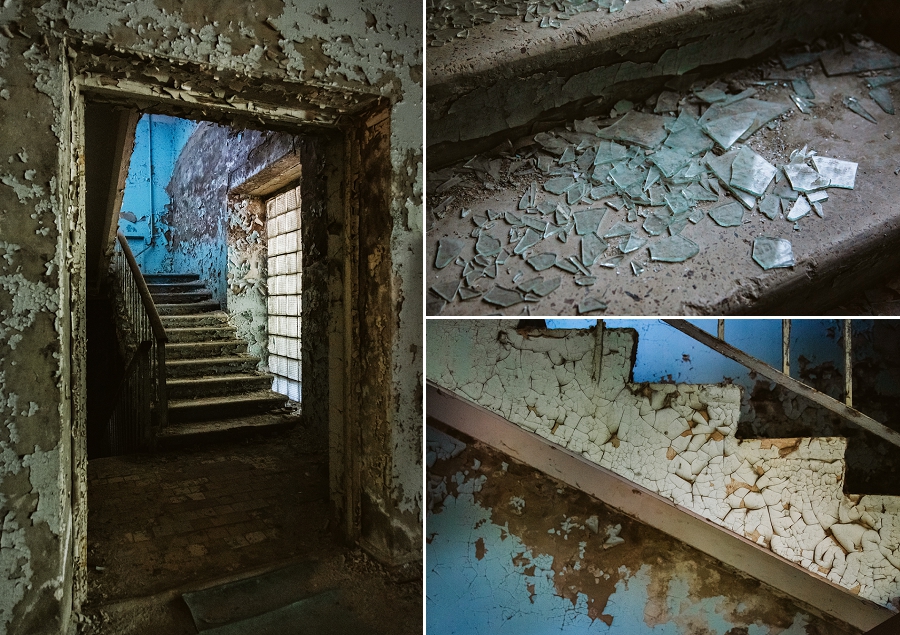 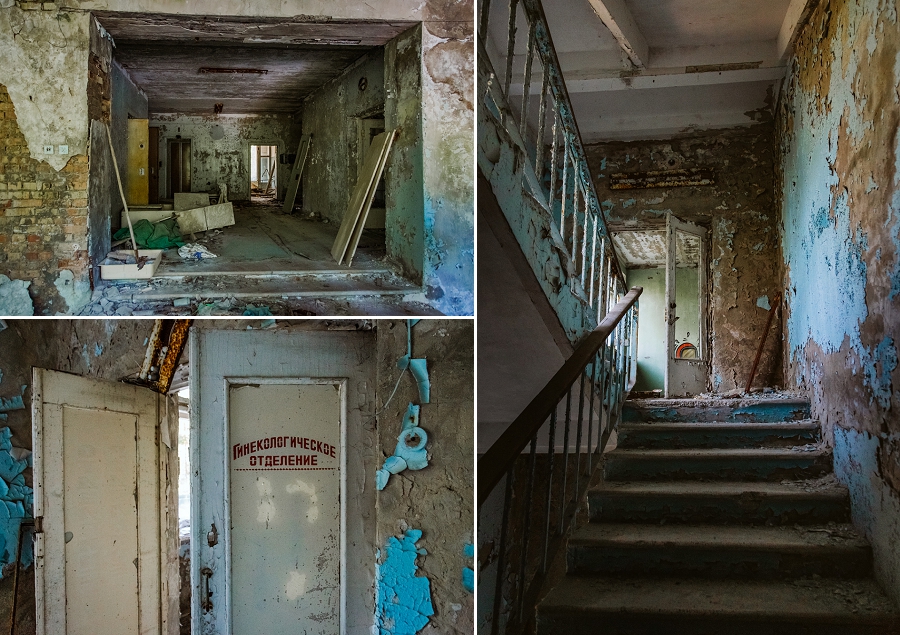 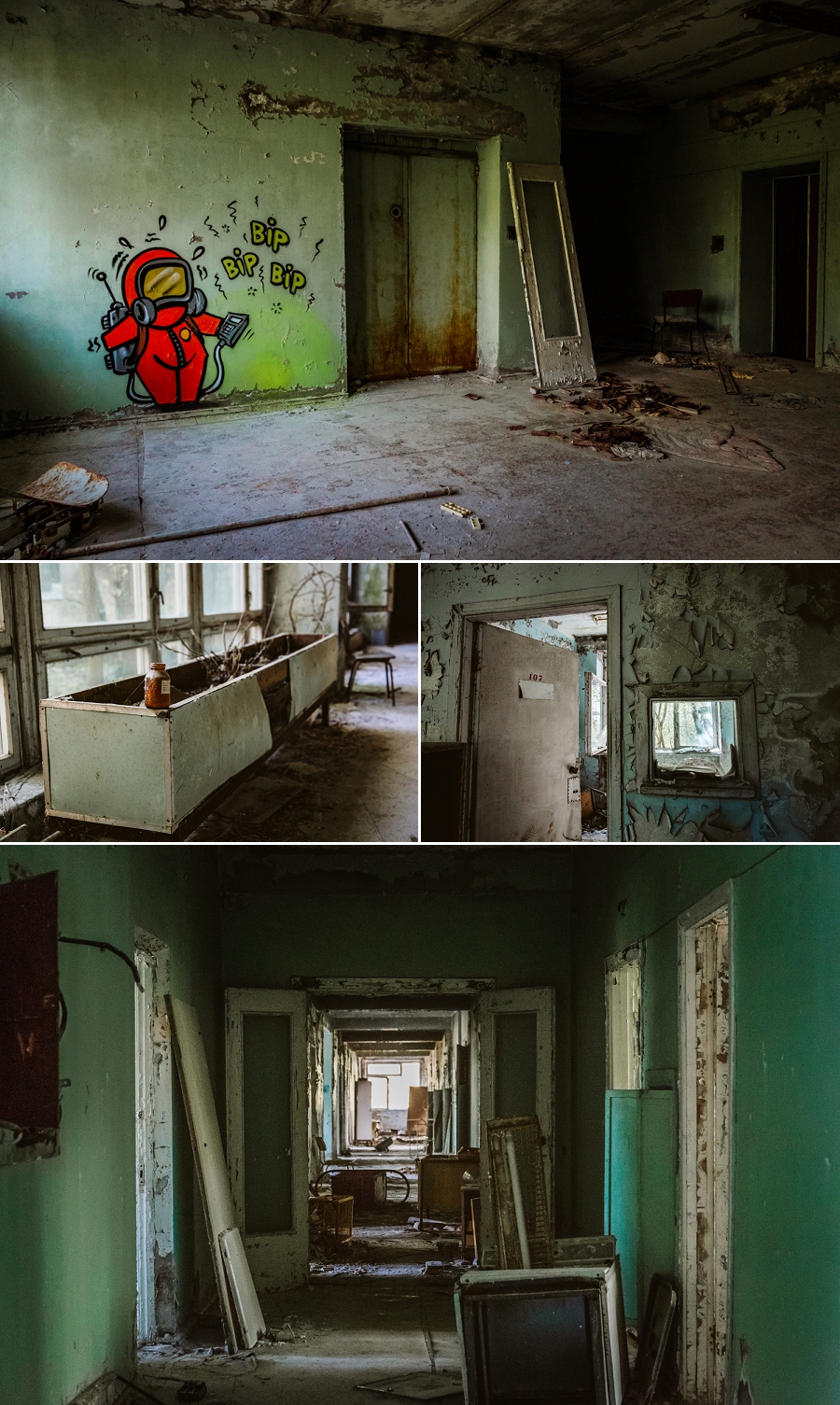 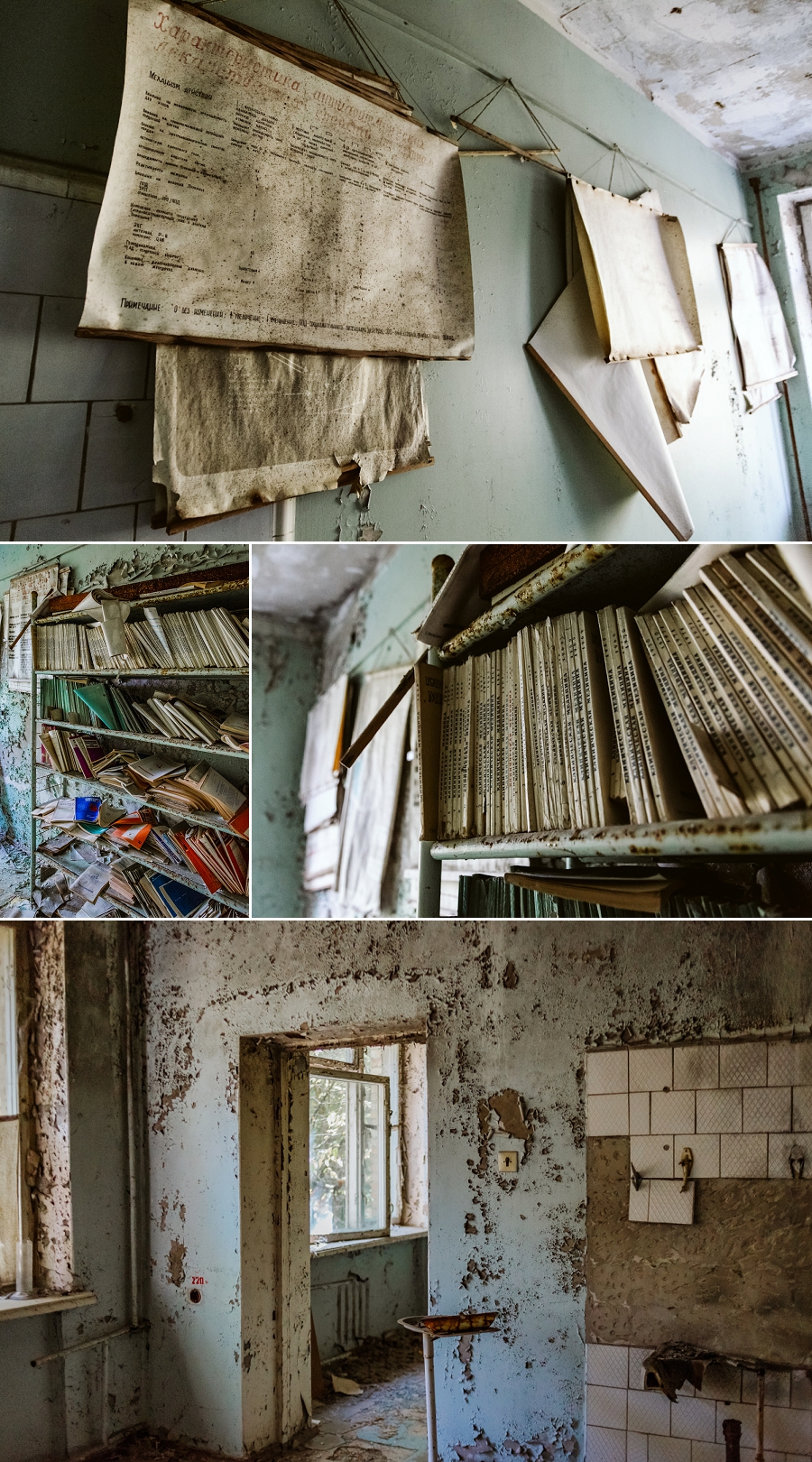 Pripyat Cafe
Popular with the city’s young population (apparently the average age in Pripyat was mid-20s) who would sit and drink on the back terrace overlooking the lake. Most of the beautiful stained glass windows are still mainly intact. 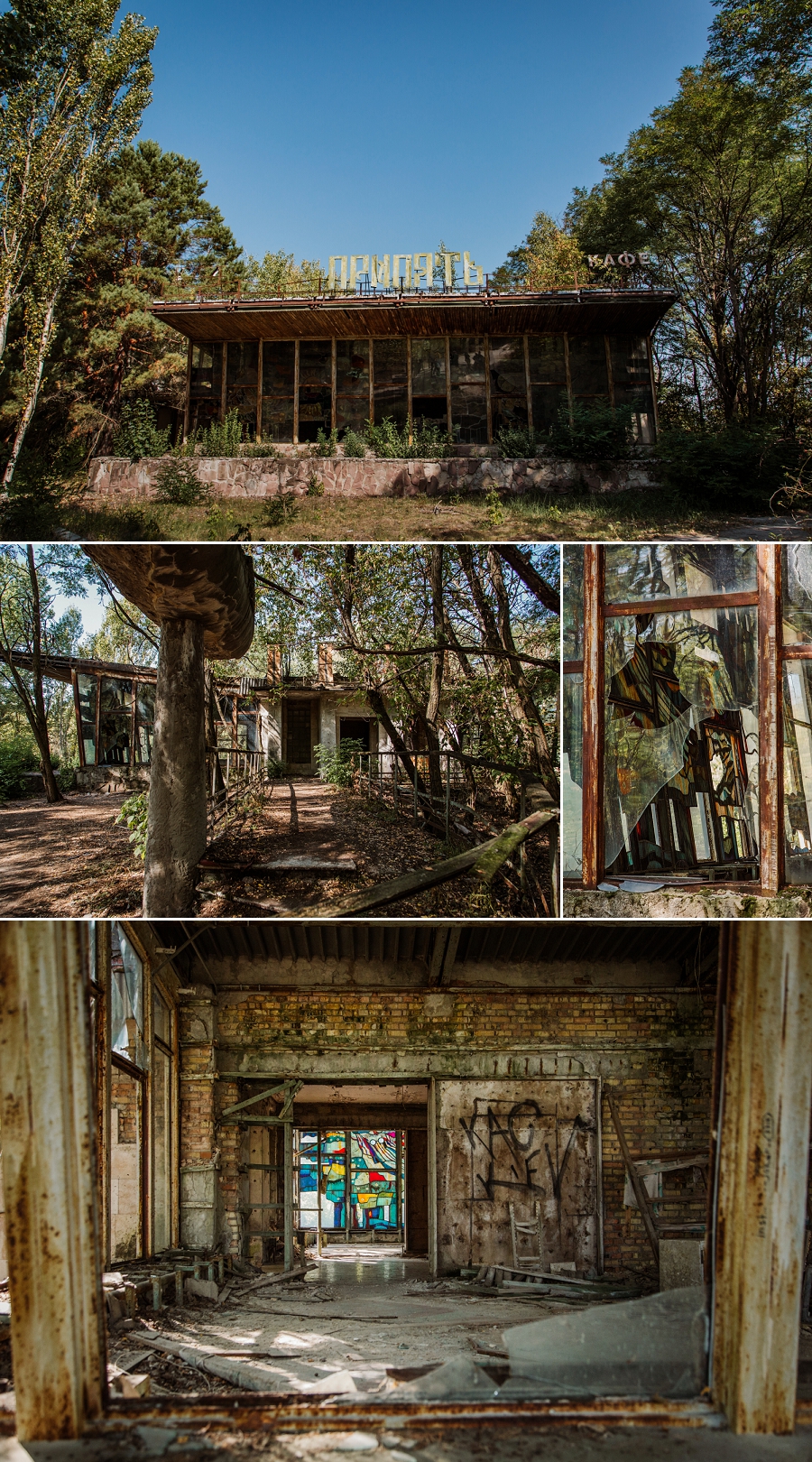 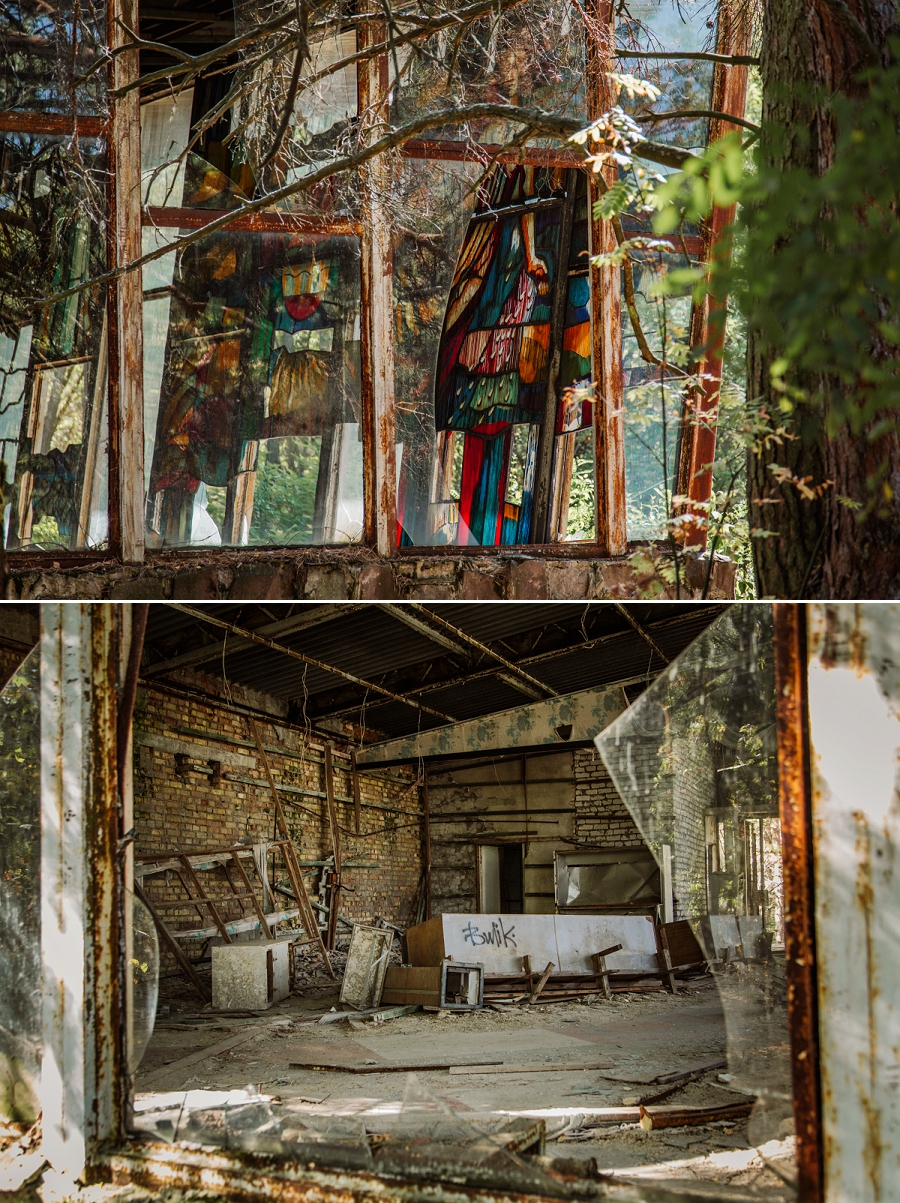 Before and after of the covered walkway adjacent to the cafe.

Pripyat Music School
The mural above the door is made of glass mosaic tiles. 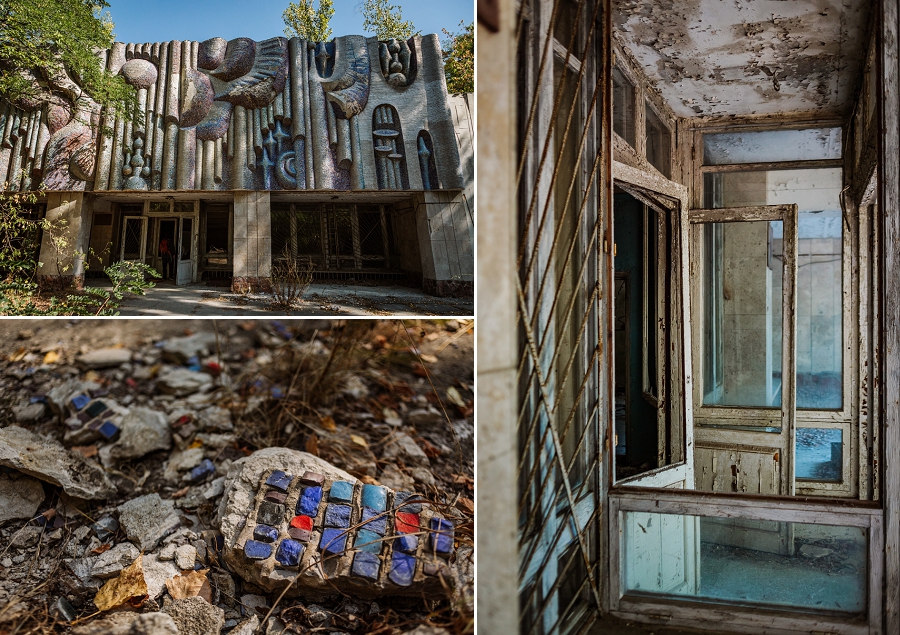 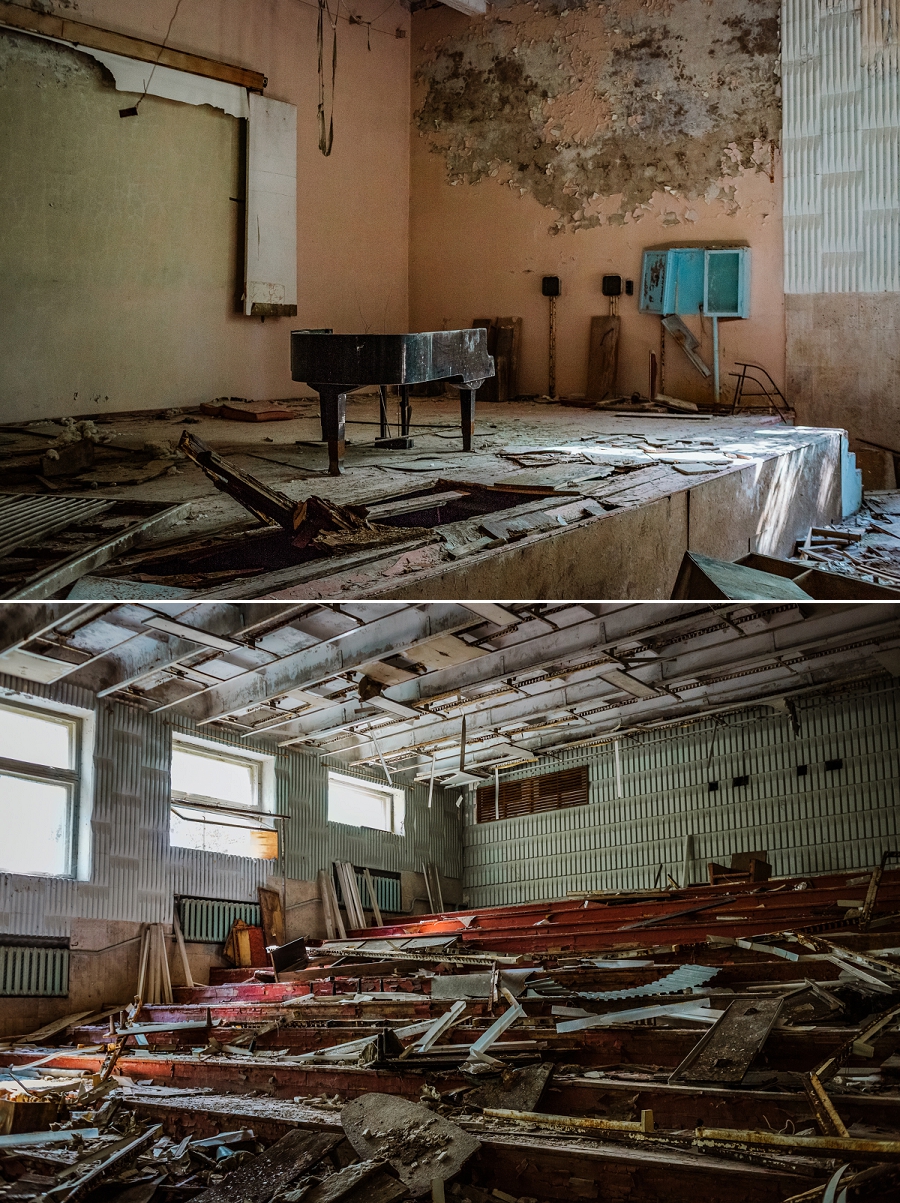 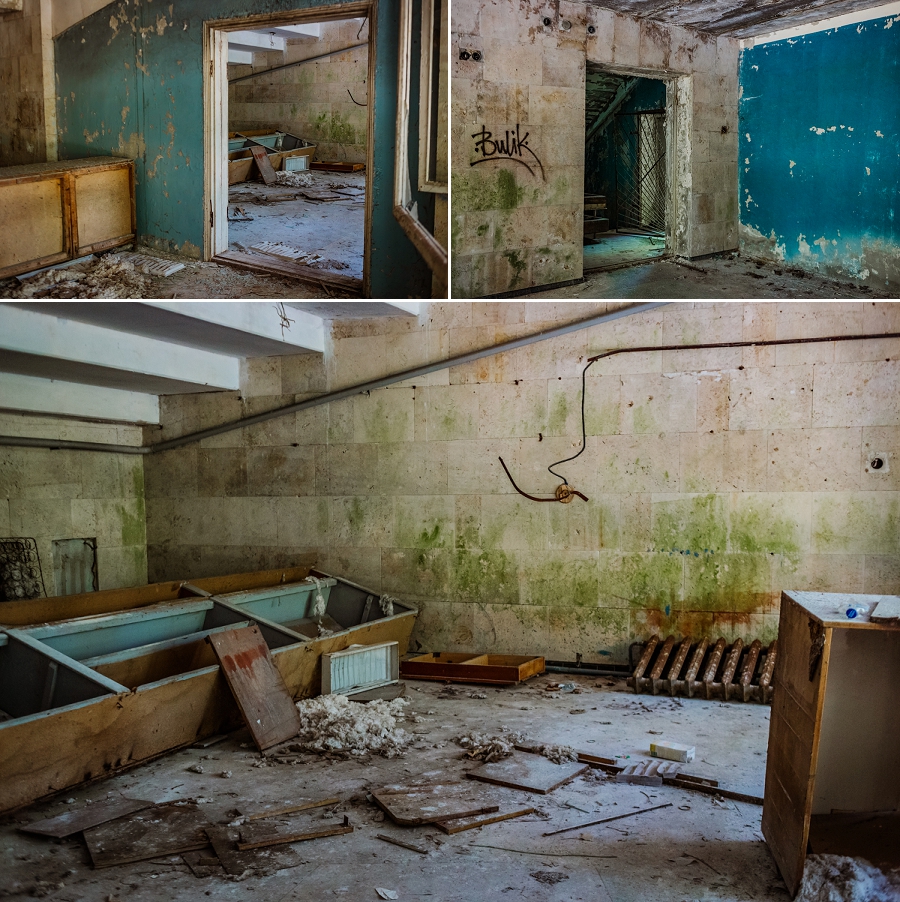 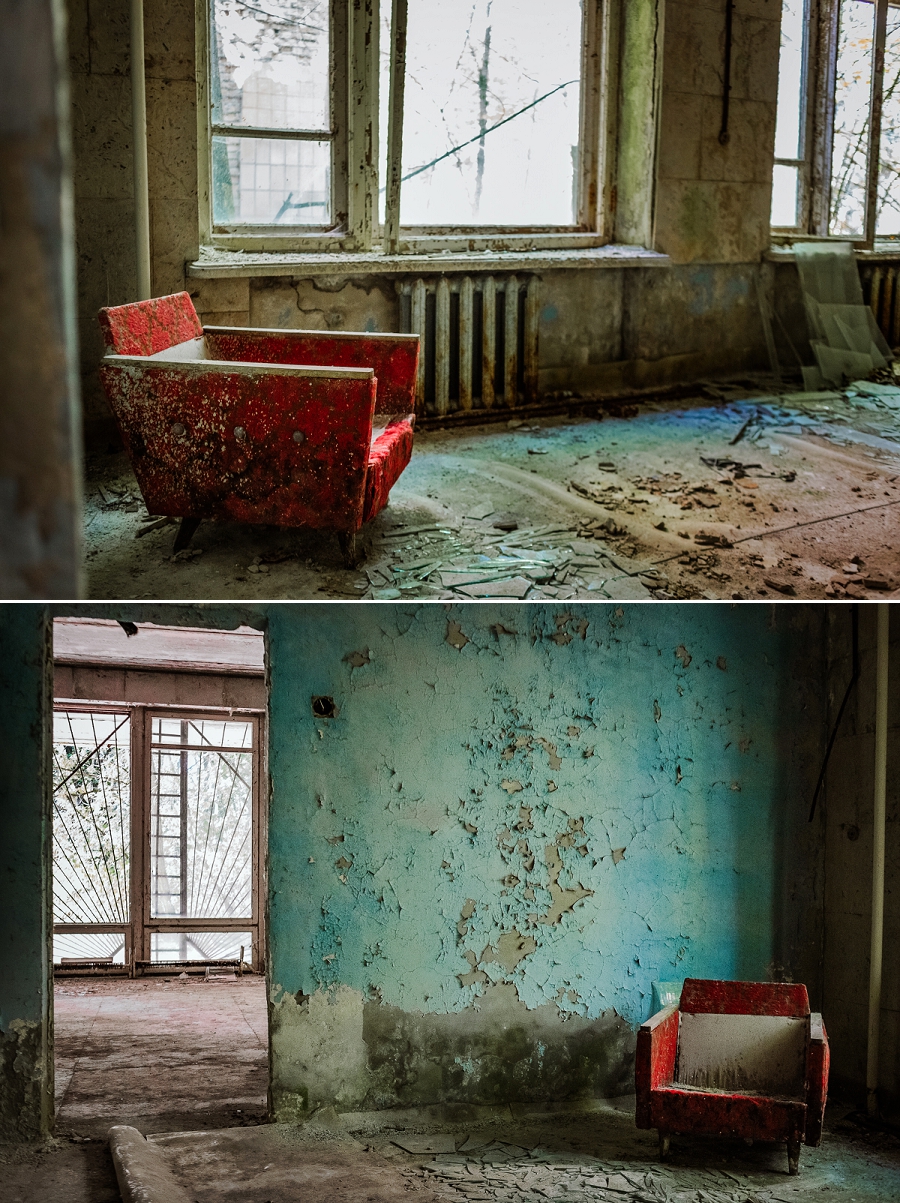 Prometheus Cinema
The mosaic on the side was created by the same artist as the one on the music school, across the street. 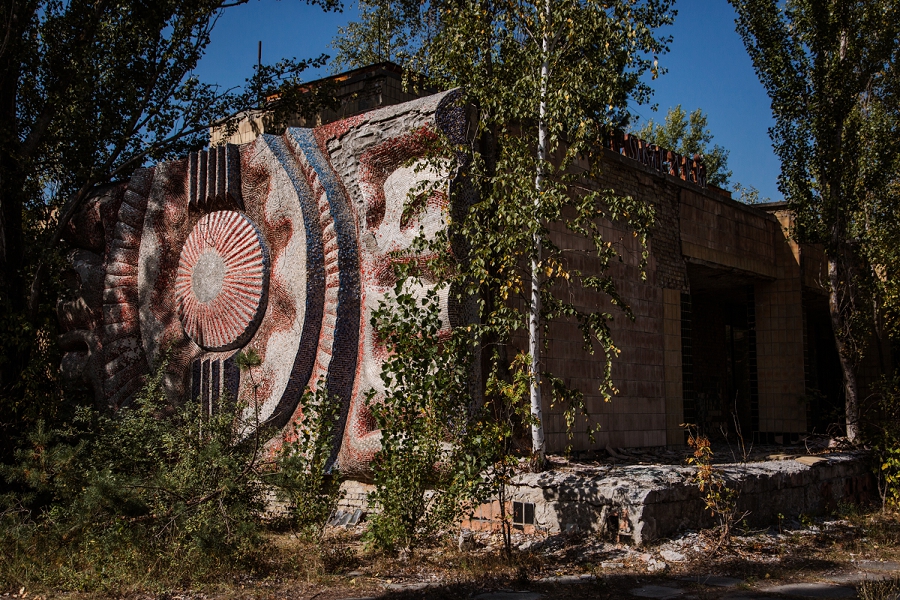 City Administration
After the disaster, the building continued to be used as a headquarters for decontamination and radioactive waste management. It was abandoned in 2001. 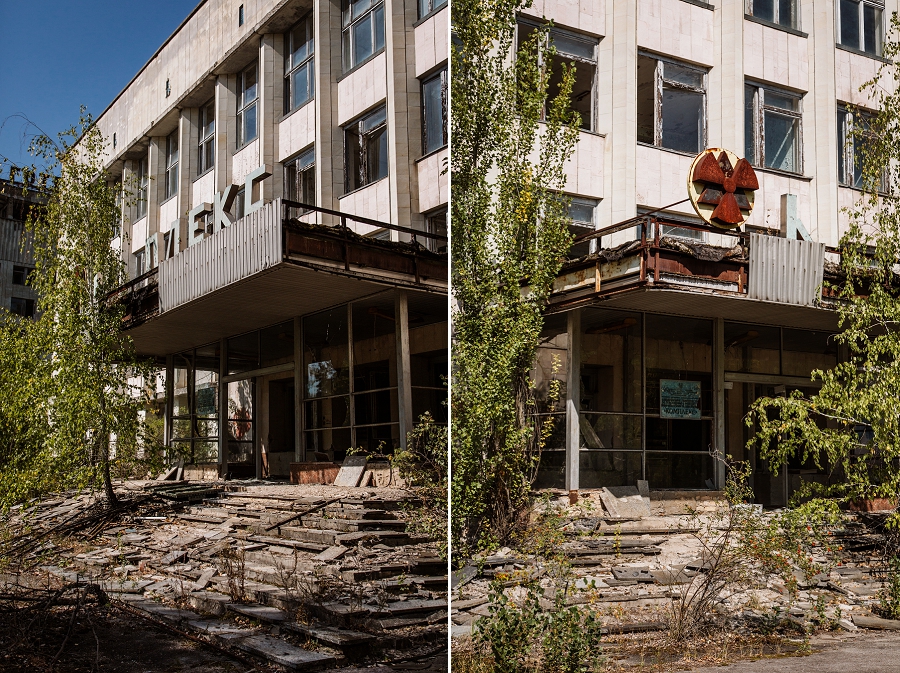 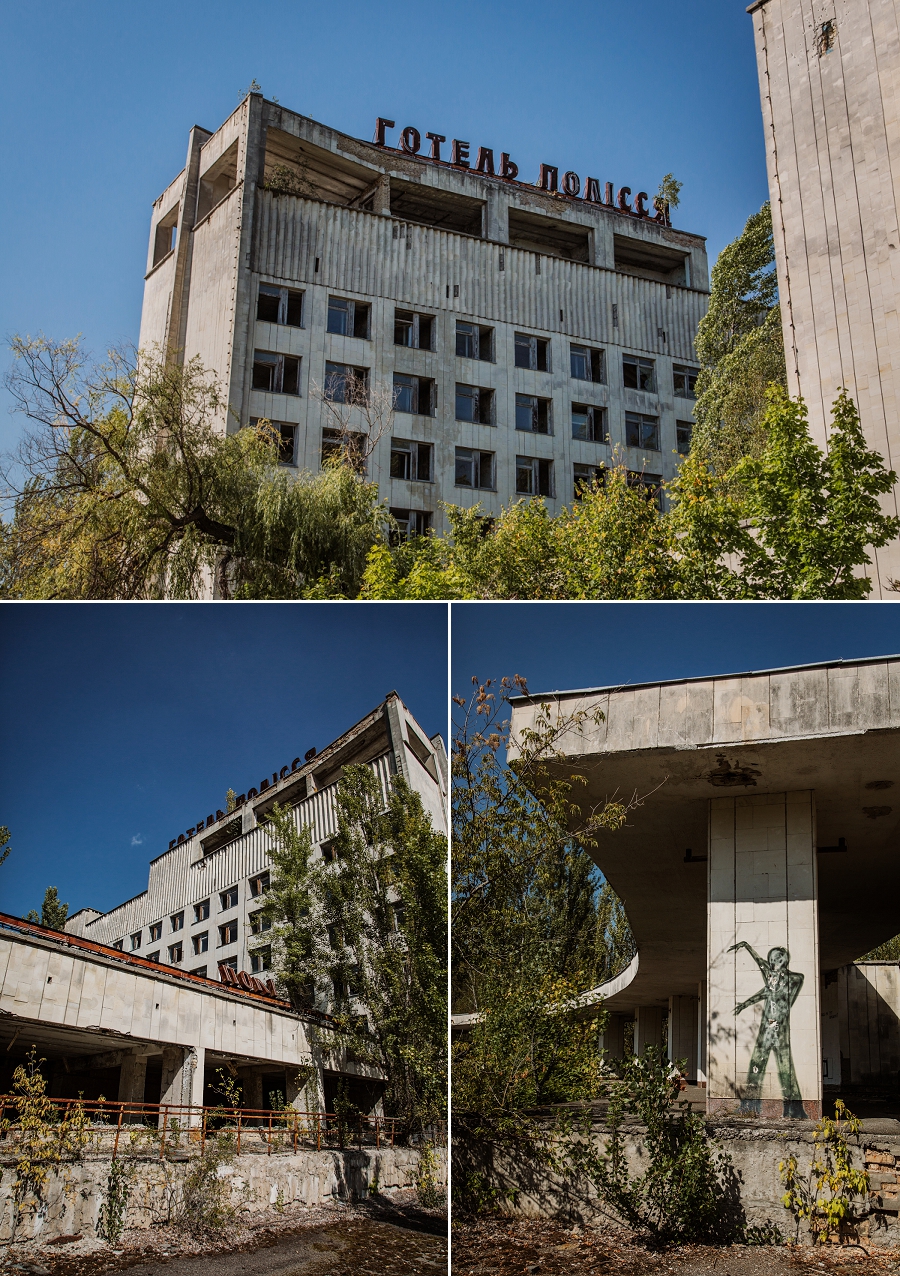 Palace of Culture”Energetik”
Soviet Palaces of Culture were large recreation centres, where people gathered (apparently quite literally) under the banner of political propaganda. This one housed a movie theatre, concert hall, boxing/wrestling ring, swimming pool, disco, library, gym, music rooms, a shop with tools, and a shooting range. 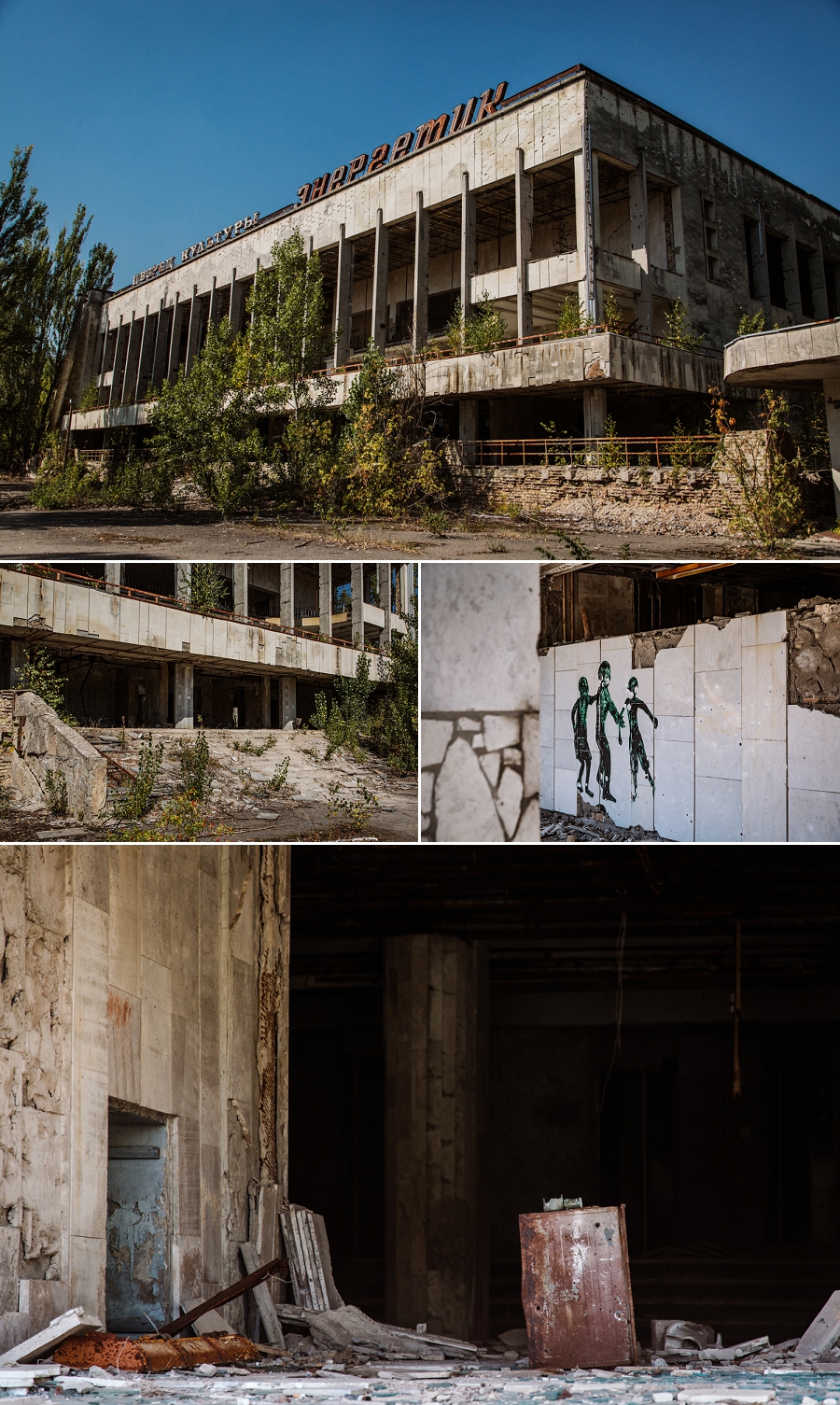 Poked my head in the window, came face to face with these two, and did the biggest double take of all time – the guy on the right is the spitting image of my dad.

Voshod (“Sunrise”) Supermarket
Upstairs you could buy furniture and other non-food items. Pripyat had quite a high standard of living, a model city for a modern Soviet Union. As a result, supposedly this was one of the few places in the USSR that sold Chanel No. 5. 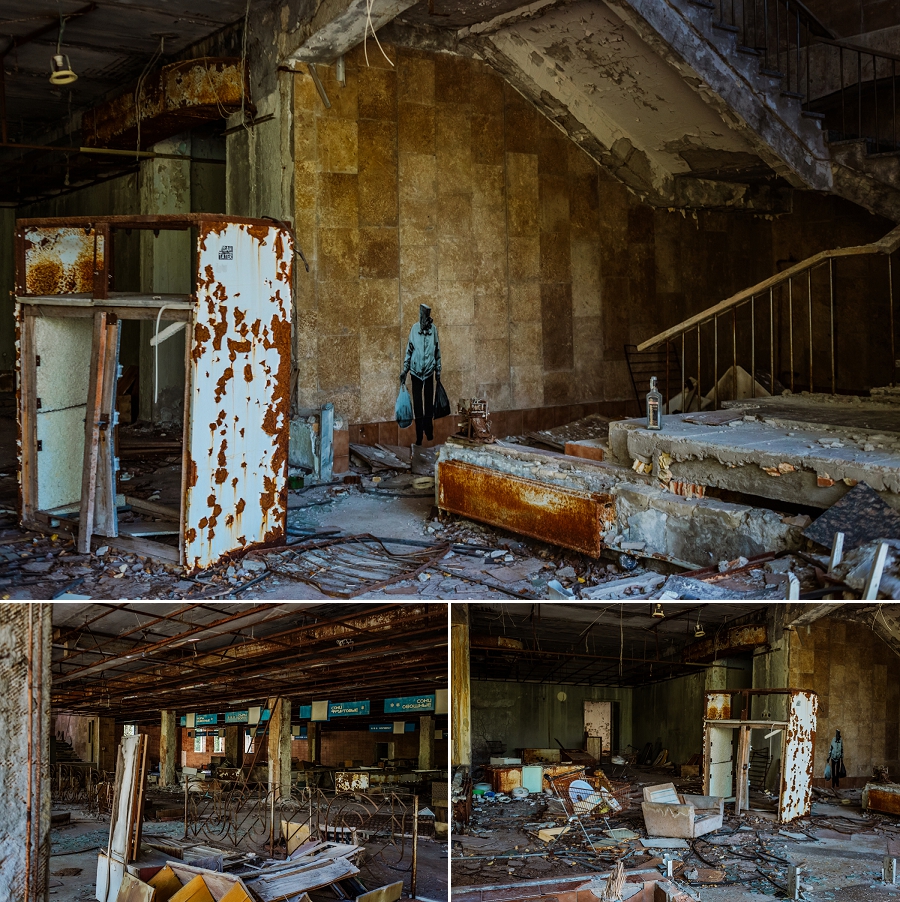 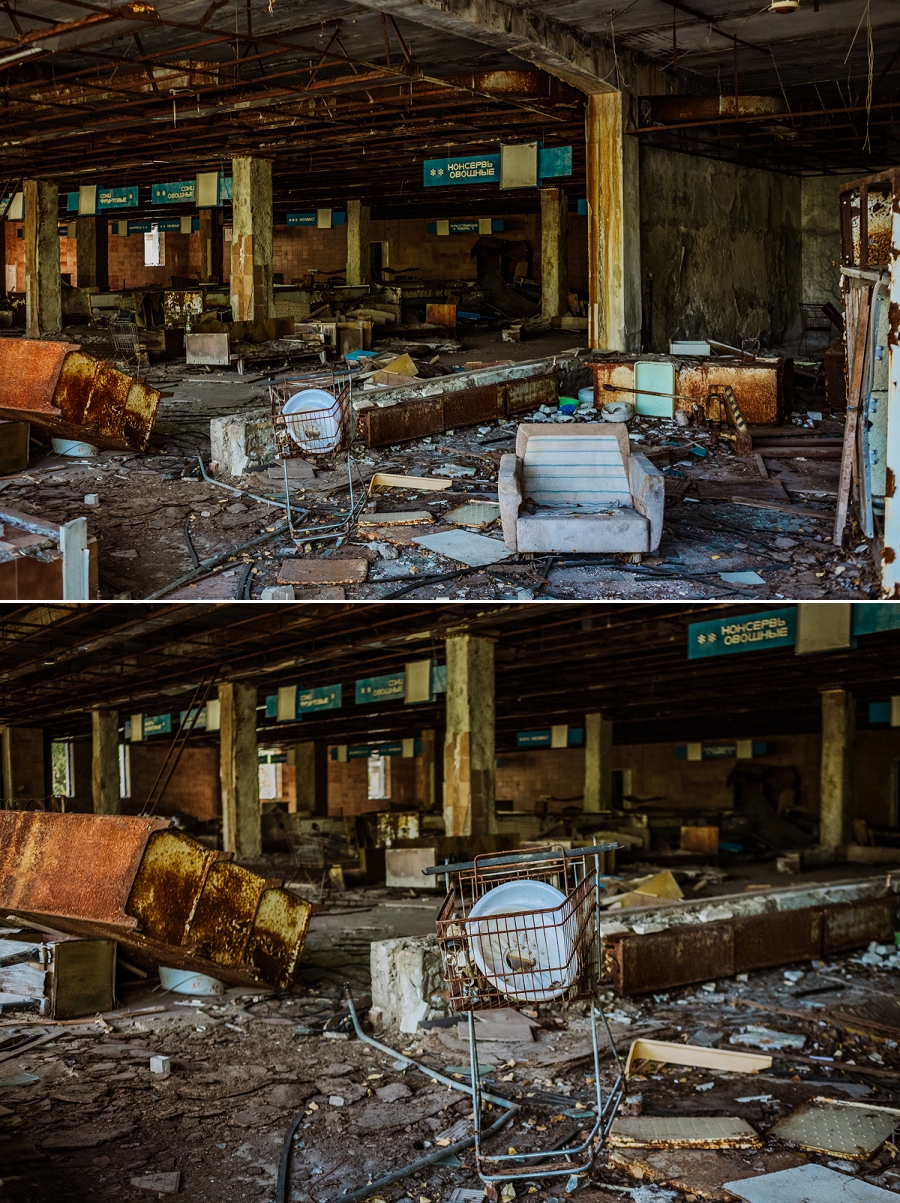