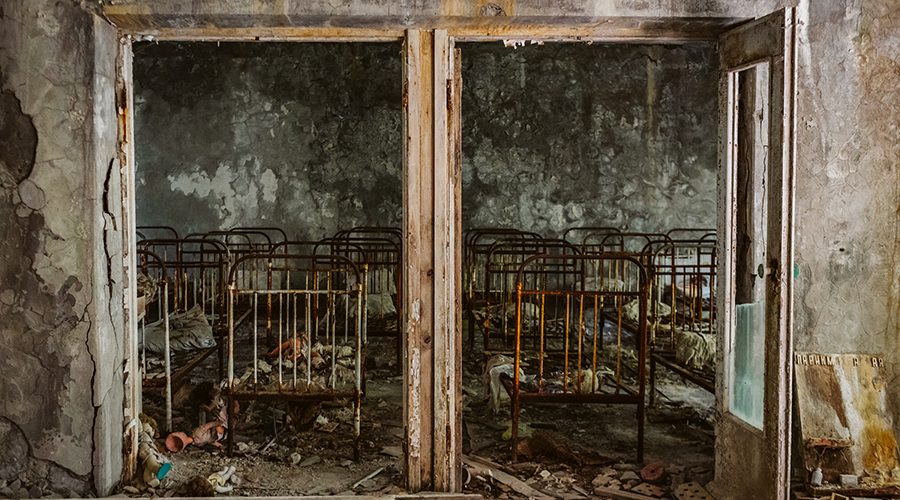 Part two of a two-part series featuring images from my guided day trip to Pripyat and Chernobyl, Ukraine, in September 2019. If you missed part one, you can find it here.

Pripyat City Park
The infamous abandoned amusement park was scheduled to open May 1, 1986, four days after the disaster occurred on April 26th. It is rumored that they started up the ferris wheel on April 27th for a few hours, to distract people before the announcement to evacuate was made. This is debated, but images do appear to exist of the ferris wheel in use. The concrete area was used as a landing strip for helicopters dealing with the disaster. Radiation washed into the nearby soil is at some of the highest levels in town.

Reactor 4
The site of the disaster, under the New Safe Confinement officially completed in July 2019. This is as close as you’re allowed to get. The statue in front is a monument to those who constructed the original sarcophagus after the accident. Also shown are the cooling pond and an unfinished reactor under construction, cranes frozen in place.

Kopachi Village Kindergarten
Kopachi was small village near the Chernobyl power plant. Only two buildings remain, one of which is the kindergarten. The rest of the buildings were bulldozed and buried, pushing radioactive contamination down into the water table.

Duga-1 radar
150m high, 700m long, and one of the Soviet Union’s best kept secrets. Also known as the Russian Woodpecker due to the sound of the signal, it was marked on maps as a children’s camp, with deliberately misleading signage and even a fake bus stop nearby.

Chernobyl
Chernobyl itself is still a small functional town filled with workers.

Monument to Those Who Saved the World: to the firefighters that died putting out the fire and the liquidators that cleaned up afterwards.

Village Alley of Memory: symbolizing the 189 villages that will never be inhabited again, and a map of the exclusion zone with a candle holder for every evacuated community.

Wormwood Star Memorial: Many believe that the Chernobyl disaster is the fulfillment of Revelation 8 in the Bible: “And the third angel sounded, and there fell a great star from heaven, burning as it were a lamp, and it fell upon the third part of the rivers, and upon the fountains of waters; And the name of the star is called Wormwood: and the third part of the waters became wormwood; and many men died of the waters, because they were made bitter.” Chernobyl is the Russian word for wormwood; the statue depicts the third angel. 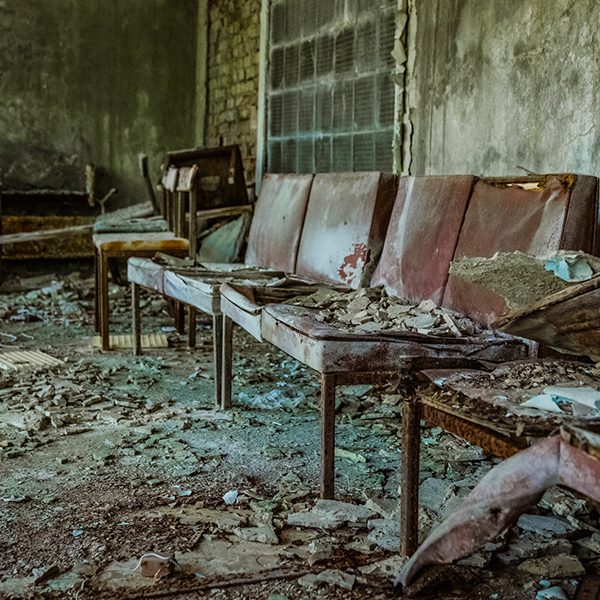 ← Saskatoon High School Grad Photos | Sunset Grad Session | Madison
Saskatoon Casual Senior Photos | Urban Grad Photos | Mackenzie →
Copperblue Photography & Design is located in Saskatchewan on Treaty 6 territory and the homeland of the Métis.
This is a safe & loving space for all races, religions, sexual orientations and identities. Love is love and every person has a story worth documenting.
Copyright © 2011-2022 Copperblue Photography and Design, Saskatoon, Saskatchewan
Theme by 17th Avenue