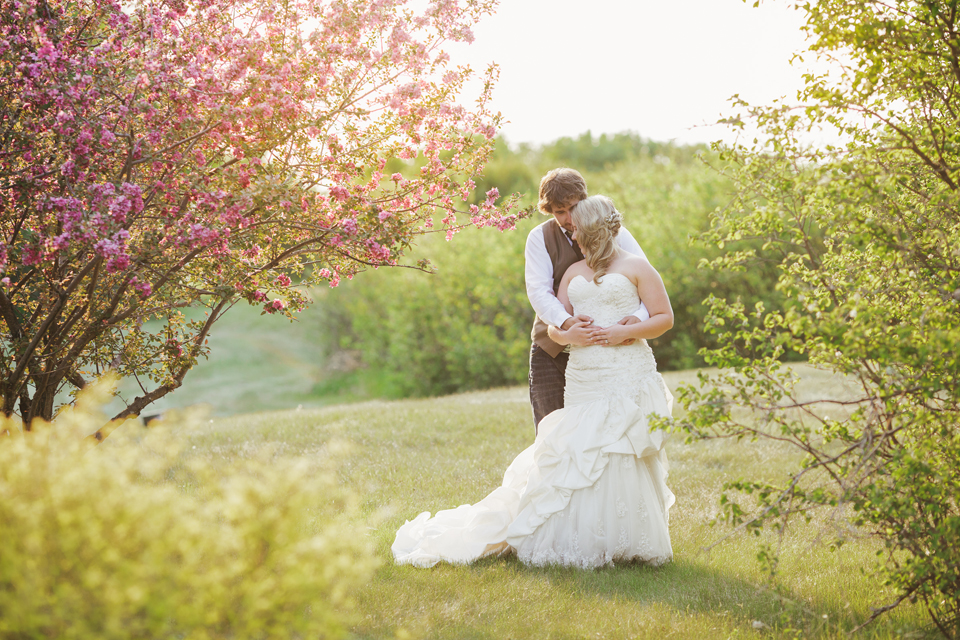 On a summer day out at Blackstrap Lake, Ashlyn and Justin finally met. I say “finally” because, unbeknownst to them, the universe had apparently been trying to get them together for years. Justin’s aunt and uncle were Ashlyn’s neighbours, and he visited them all the time, but their paths had never crossed. As they got to know each other, they learned of many other connections they already had – according to Ashlyn, “a crazy amount”. If that’s not fate then I’m not sure what is!

Preparations for their country brunch wedding were already in full swing when I arrived bright and early to Ashlyn’s family home. A handmade sign reading “family” in different languages hung on the living room wall as Ashlyn’s bridesmaids fastened her dress, its presence underlining the theme of family that was central to their day. Ashlyn wore a hairpiece made from her grandmother’s brooch, and Justin’s mom sewed all of the groomsmen’s vests and ties.

In a ceremony held on their front lawn, their mothers walked down the aisle first. Each carried a bucket of soil from their childhood homes, which they added to the pot of a spruce tree to symbolize the union of their families. The ring bearer carried their rings on Justin’s dad’s Bible, which was given to his dad by his grandmother after his grandfather had passed away. The flower girl sprinkled petals out of a cowboy hat, as Justin waited with a smile for his bride in front of the aspen arch he had built. With plenty of laughter and tears from both, they exchanged their vows under the warm May morning sunshine, and together watered the “family tree” which they later planted near their home.

While the wedding party travelled to a farm down the road for some photos before the brunch reception, guests played lawn games and enjoyed Ashlyn’s mom’s world-famous iced tea. Justin had actually built a little red barn (yes, a whole barn!) to house the brunch buffet, which included a selection of cakes made by the bride’s dad and groom’s mom. The whole yard was decorated with gorgeous vintage DIY, including hand-lettered signs and a stunning barnwood backdrop, making this bunch wedding a feast for the eyes as well as the belly.

After brunch, Ashlyn and Justin were blessed with some emotional speeches from their family and friends. Ashlyn honored her mother with a creatively re-worded version of “The Cup Song”, and her mother and Justin’s father joined them in a twist on the shoe game. The bride and groom danced their first dance while her father sang, and the band played late into the afternoon while family and friends mingled on the lawn.

As the sun dropped in the sky and guests said their goodbyes, we headed out into the back field to create some images of the bride and groom. I loved the timeline of a brunch wedding day, which meant we didn’t have to take much time away from the guests for photos, and the lovely evening light was ours for the taking. I couldn’t keep them long, though. Secret adventures are Justin’s speciality, and he was whisking Ashlyn away the next day to a secret honeymoon destination that even she didn’t know about (to find out where, stay tuned for their after session).

Congratulations and here’s to a life full of laughter, secret adventures, and watching your family tree grow 🙂 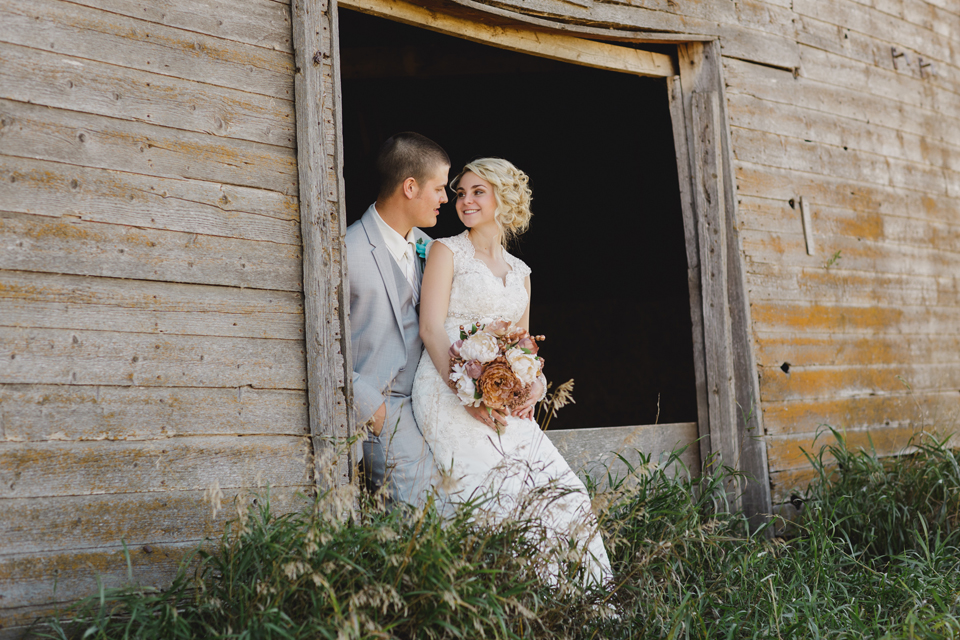 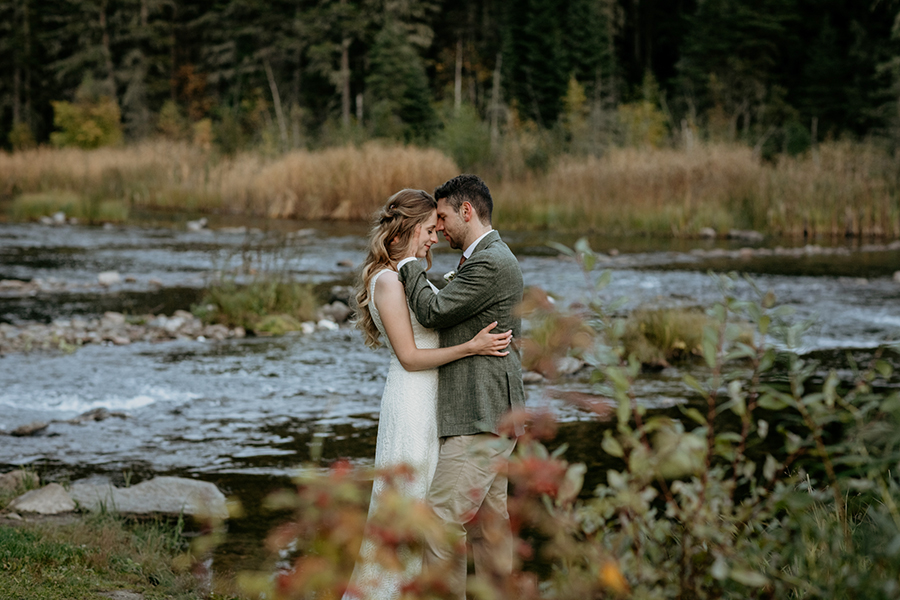 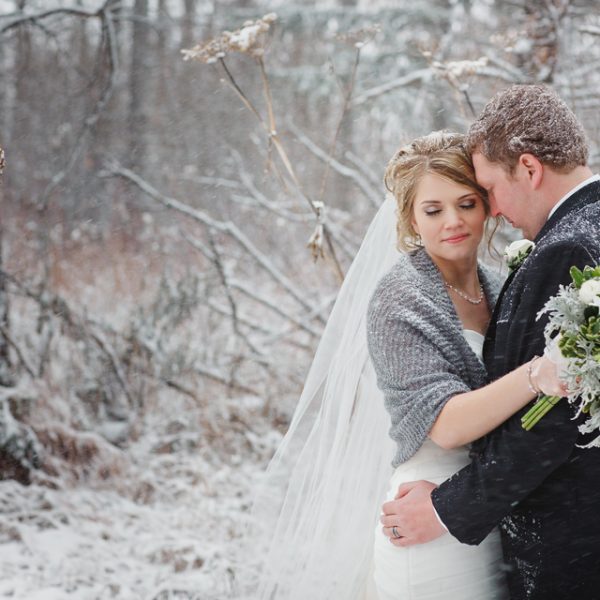