Stephanie and Chang met at the University of Saskatchewan, where Stephanie and a mutual friend were studying for their Chinese language class. Chang, whose first language is Chinese, stopped by and offered to help. Their first date was filled with easy conversation and laughter right off the bat, and Stephanie kicked Chang’s butt at mini golf.

Chang decided to propose on their three-year anniversary. He woke up super early that morning because he was so nervous about asking. His restlessness accidentally woke Stephanie up, so he proposed right then and there! Needless to say, she accepted (before going back to sleep), and they soon began to plan their Waskesiu wedding.

Stephanie and Chang’s outdoor ceremony, on the lawn of the Waskesiu Community Hall, combined vintage class with a relaxed lakeside vibe. Chang’s name means ‘happy’ and it’s so fitting – he was all smiles the day of his wedding. As his groomsmen pinned on his boutonniere, as he greeted his guests, as his parents (who came all the way from China!) walked him up the aisle, that smile never left his face. When he laid eyes on Stephanie, giggling her way up the aisle to the music of a live string quartet, the happy tears began to flow. He wasn’t the only one.

Chang grew up in China and Stephanie is from Saskatchewan. Their ceremony celebrated both of their cultures, incorporating a short Chinese tea ceremony and traditional bows to their parents and each other. Stephanie loves high tea and baking, so their ceremony lead into a tea reception, complete with vintage teacups and a variety of desserts homemade by Stephanie and her mom.

After photos on the lakeshore, with a warm fall breeze and autumn leaves all around, they returned to the hall for a reception complete with board games! Congratulations Stephanie and Chang on your beautiful Waskesiu wedding day! 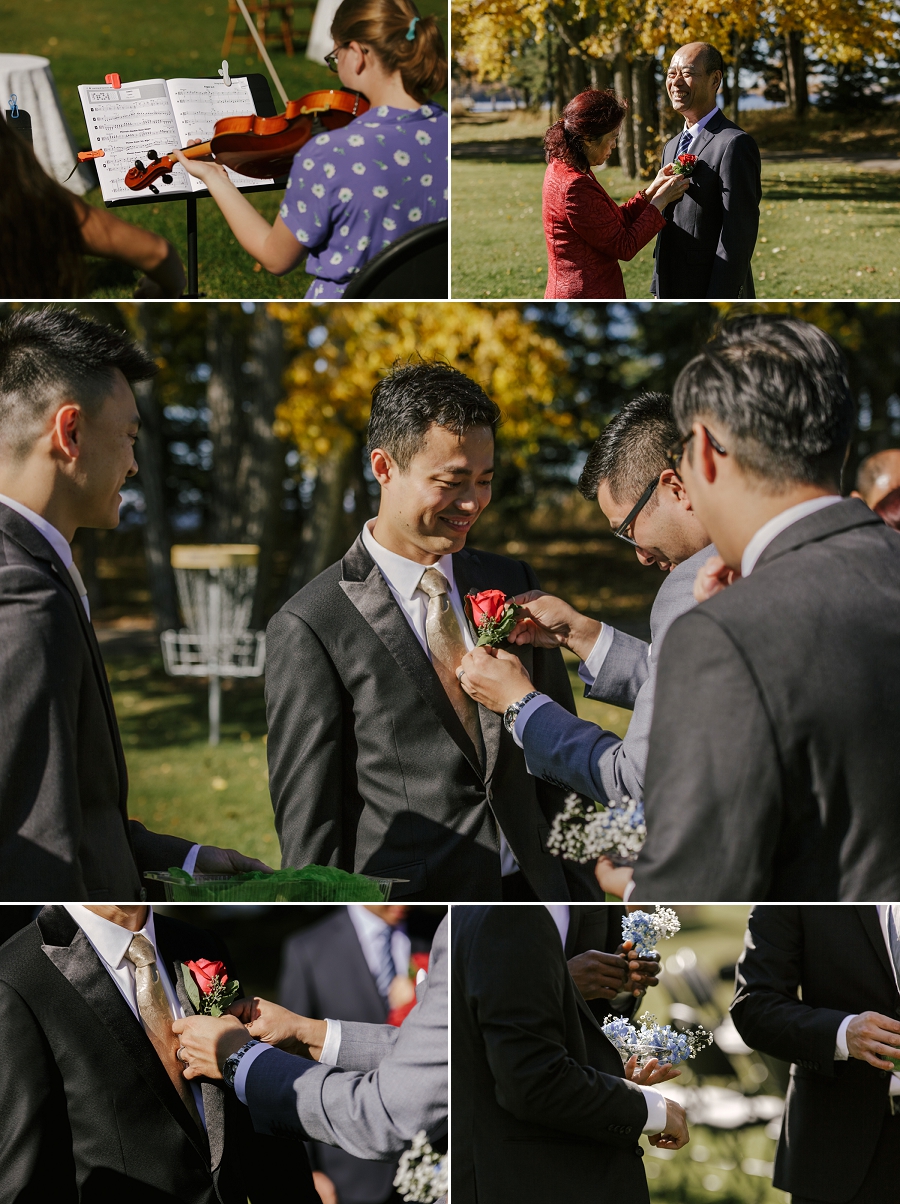 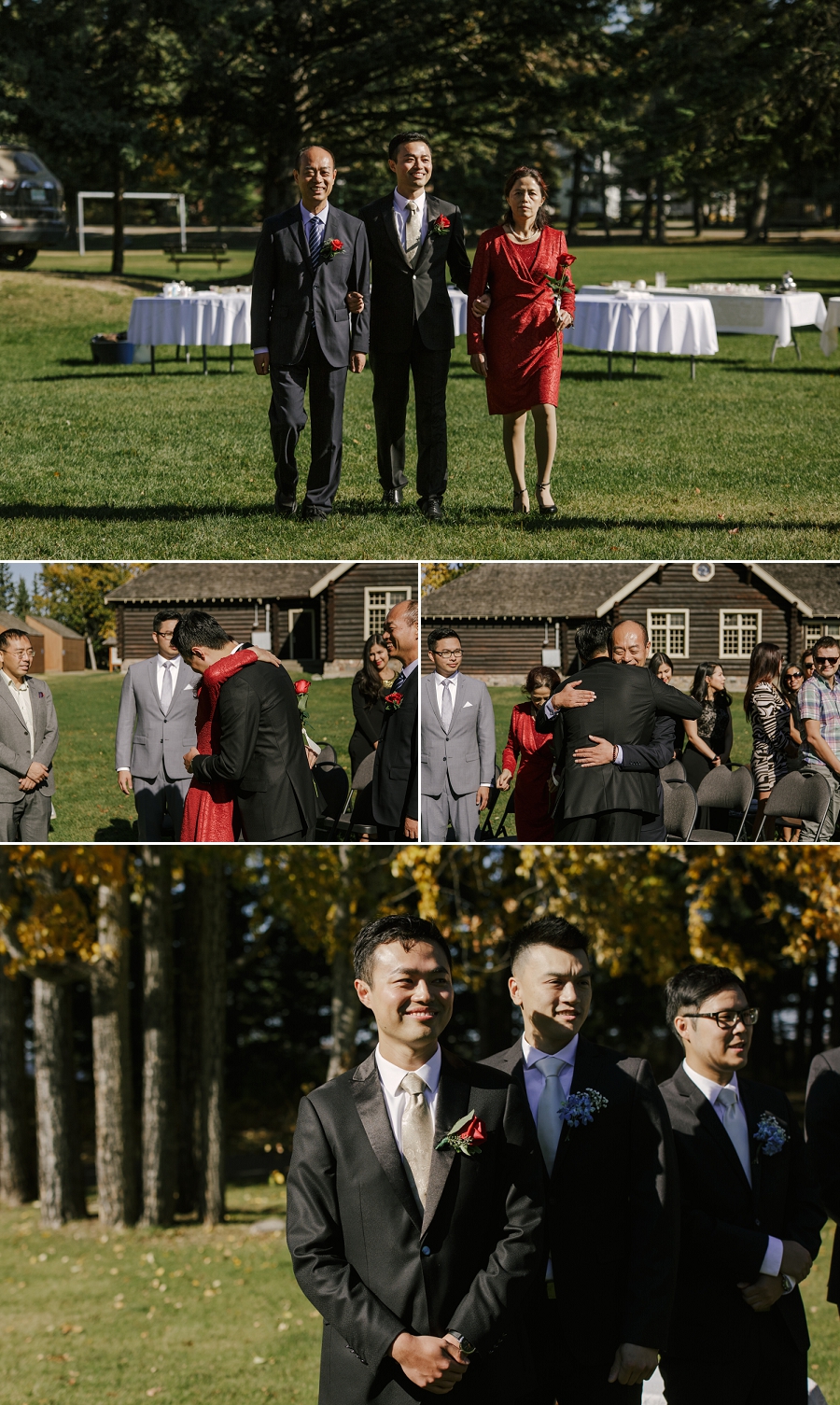 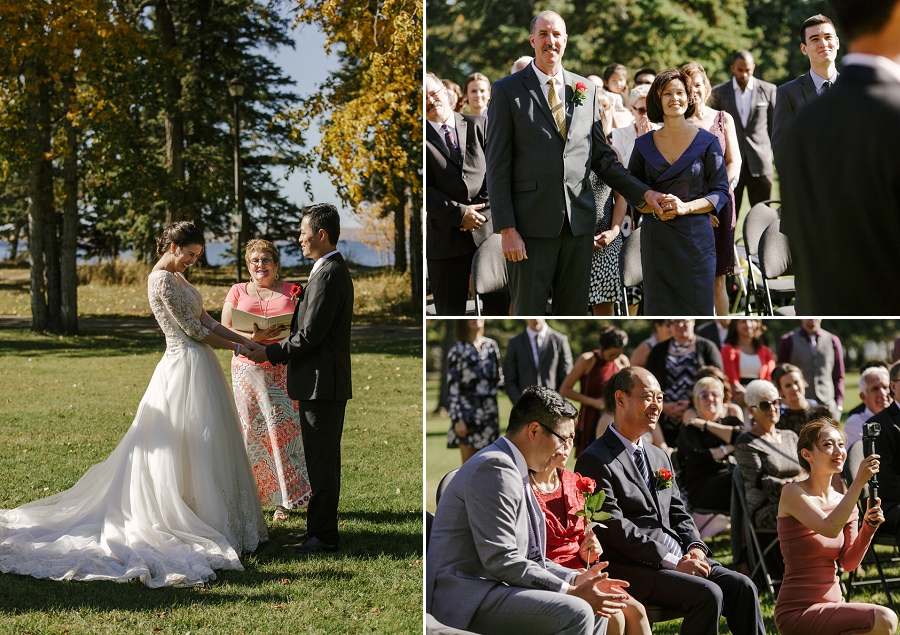 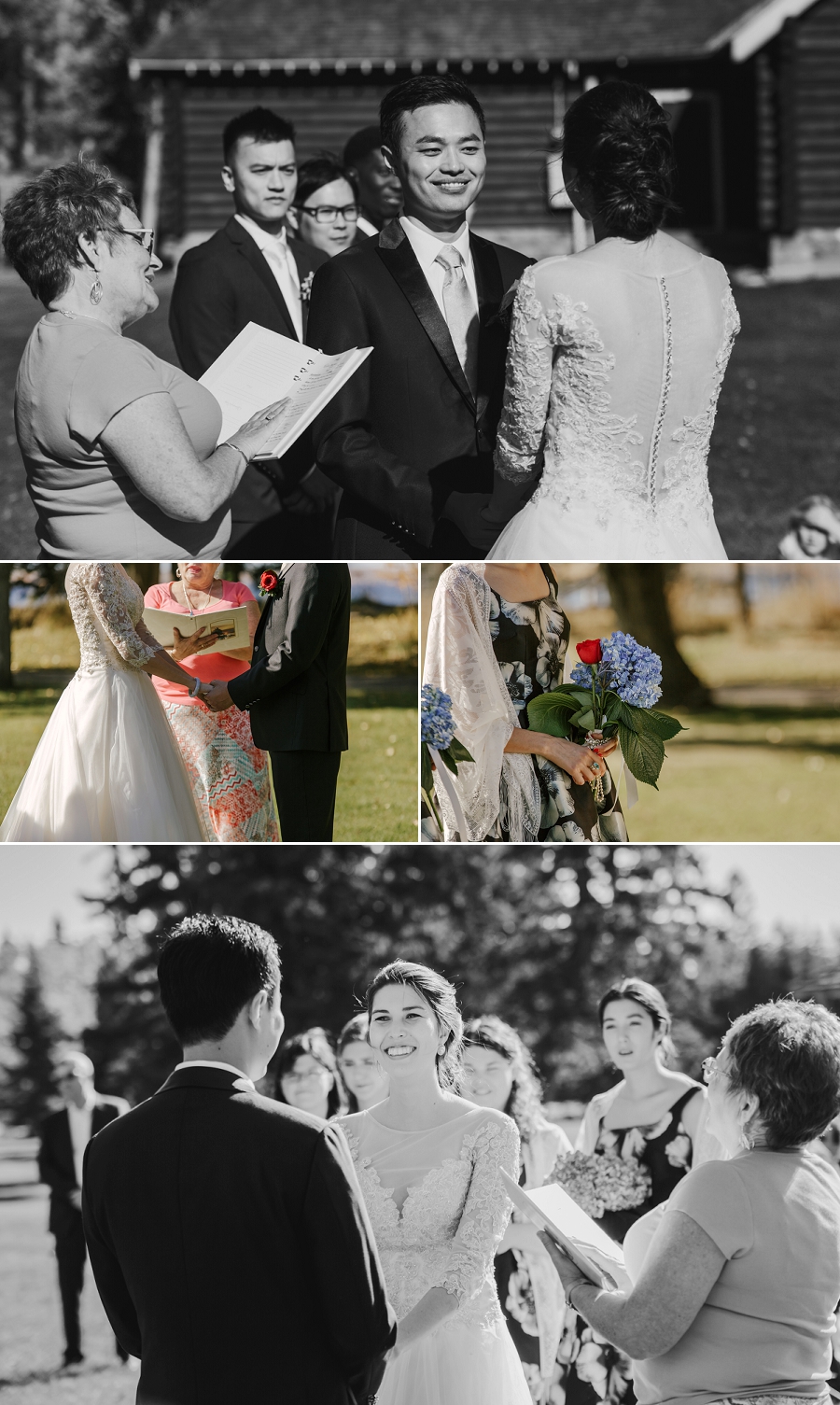 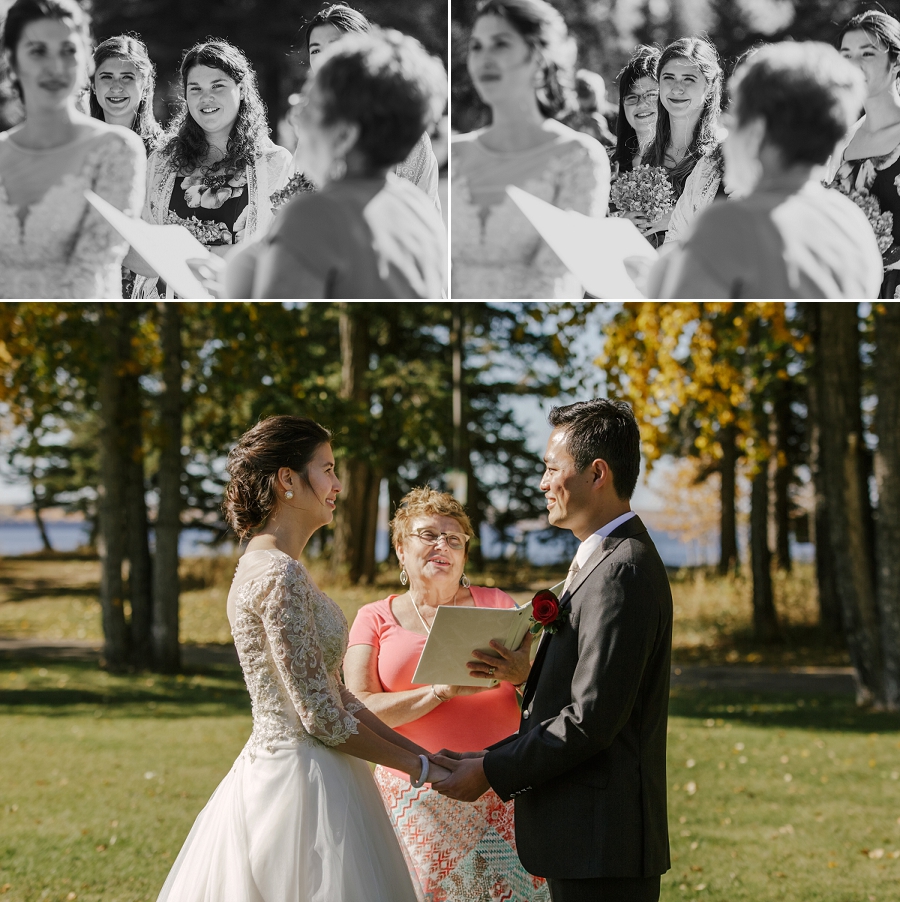 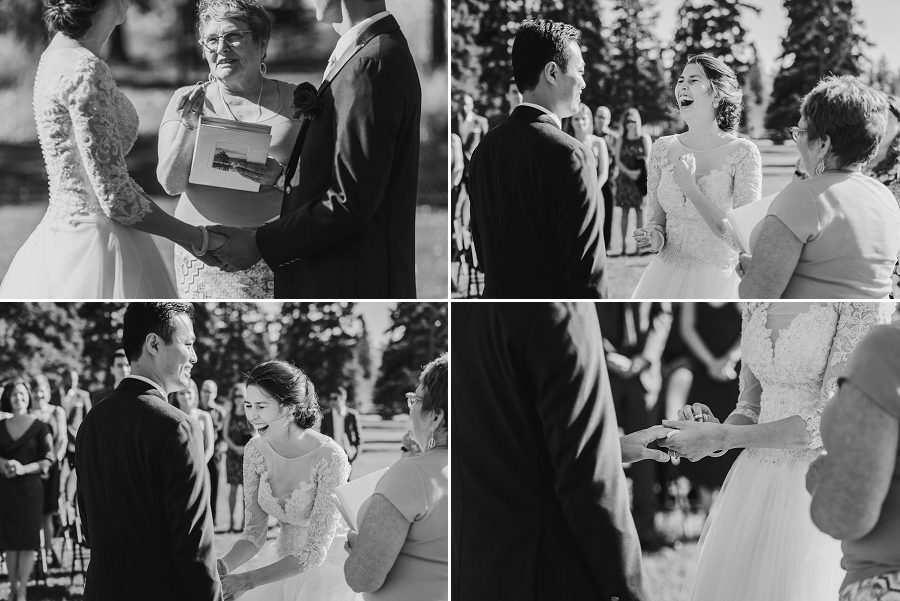 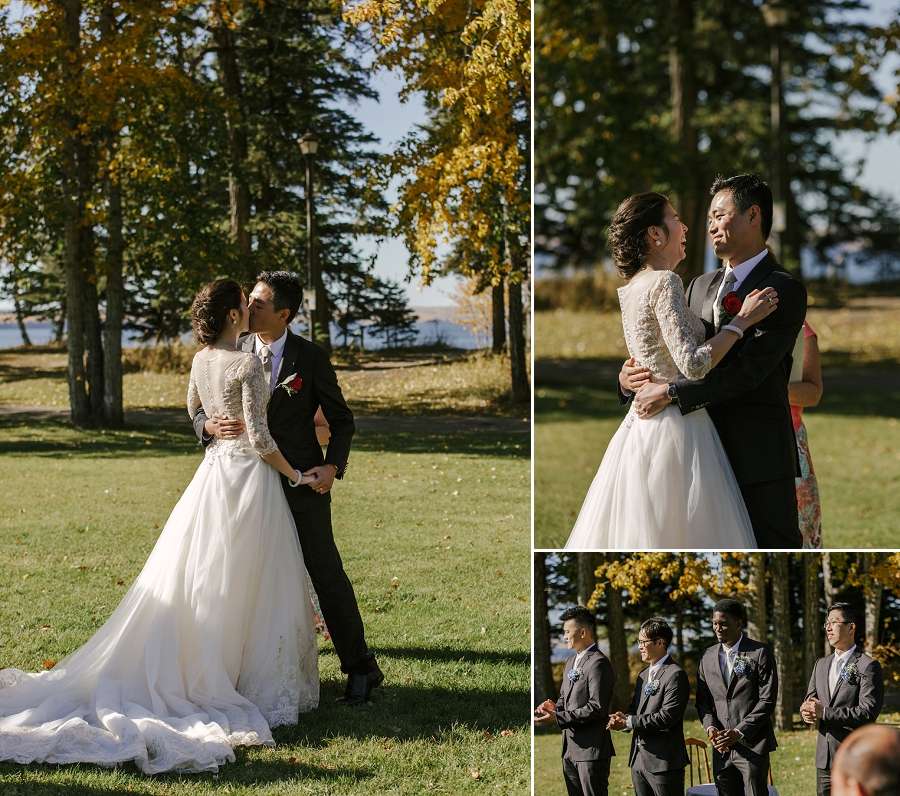 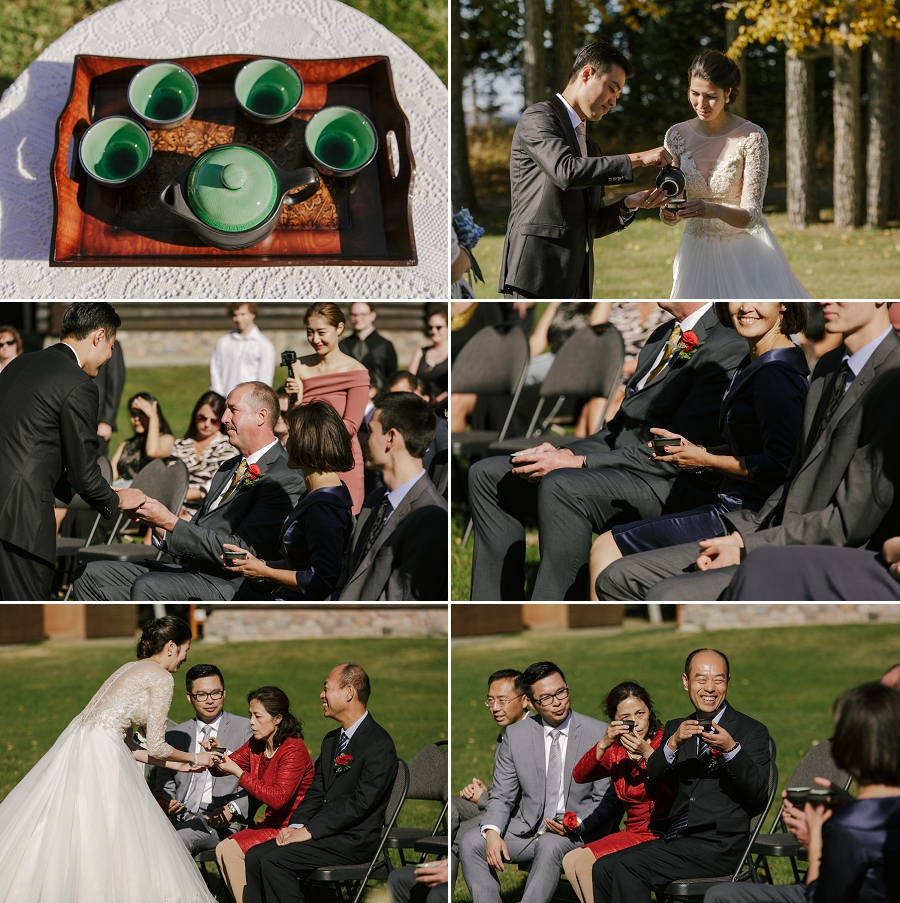 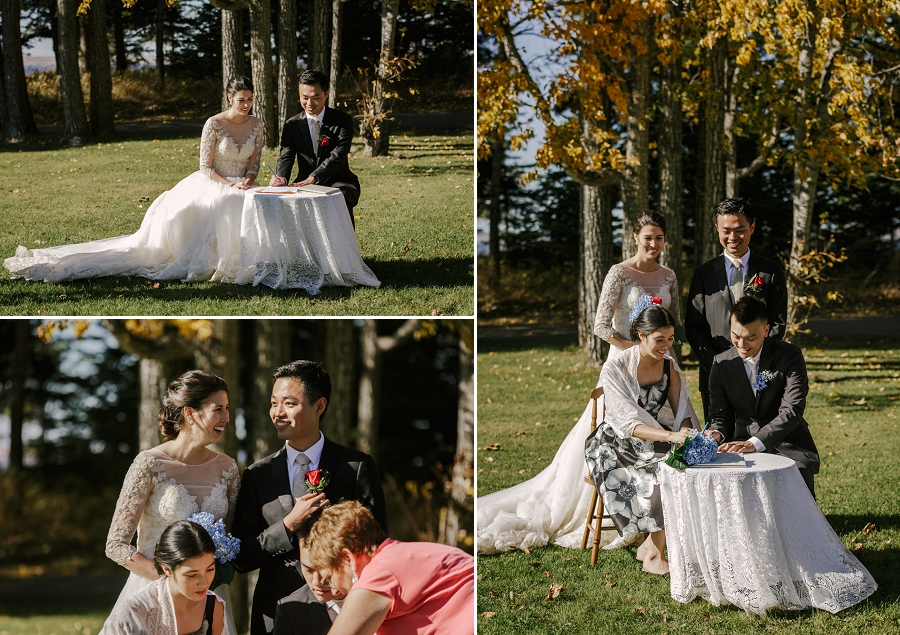 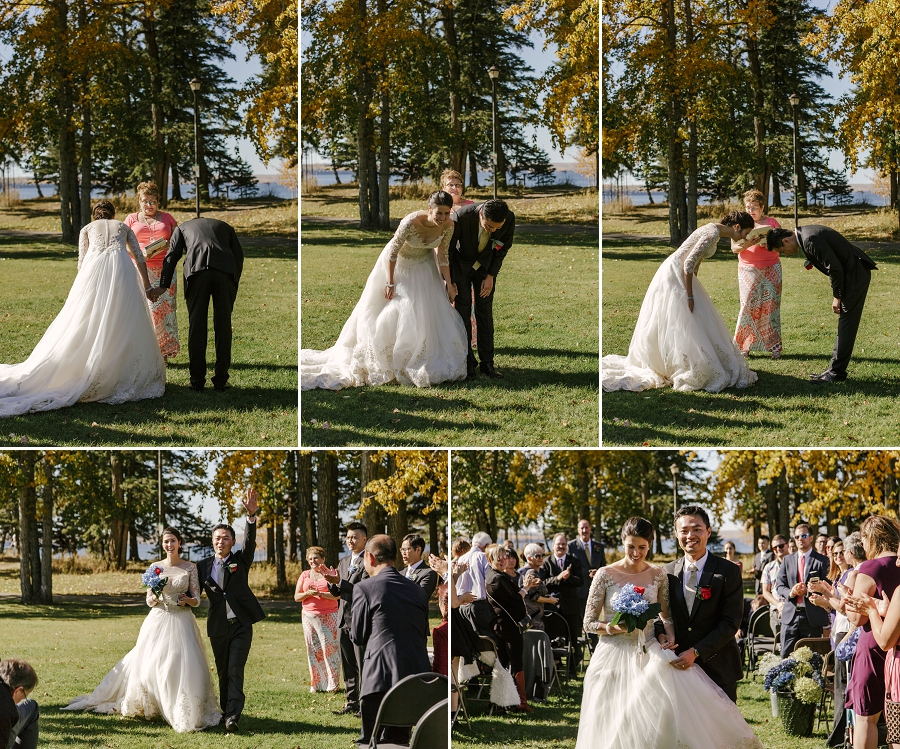 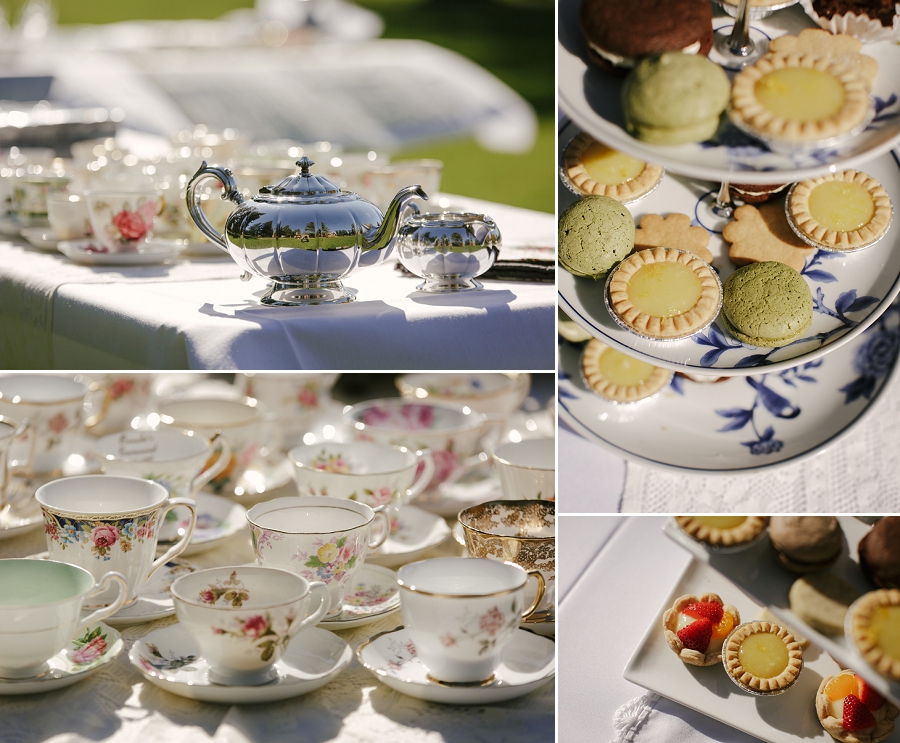 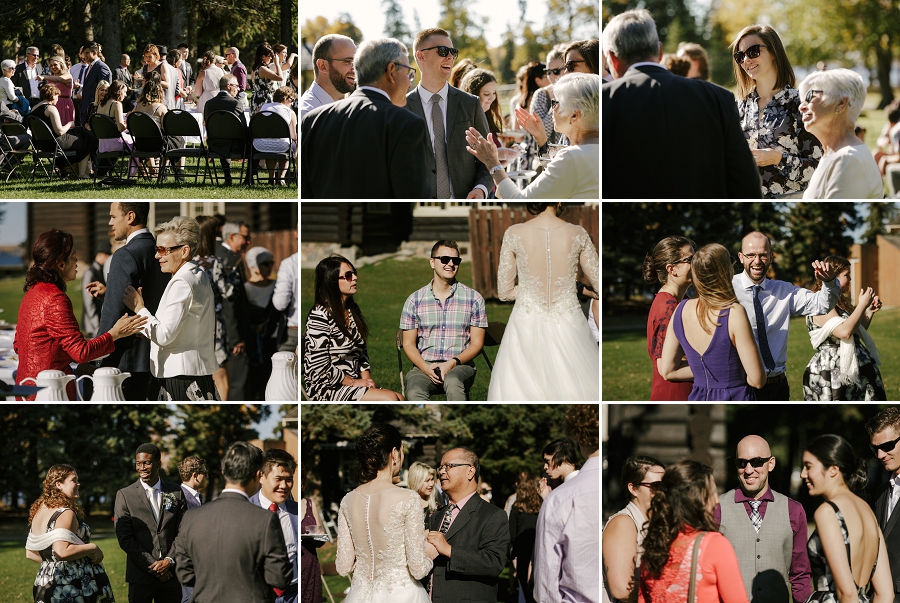 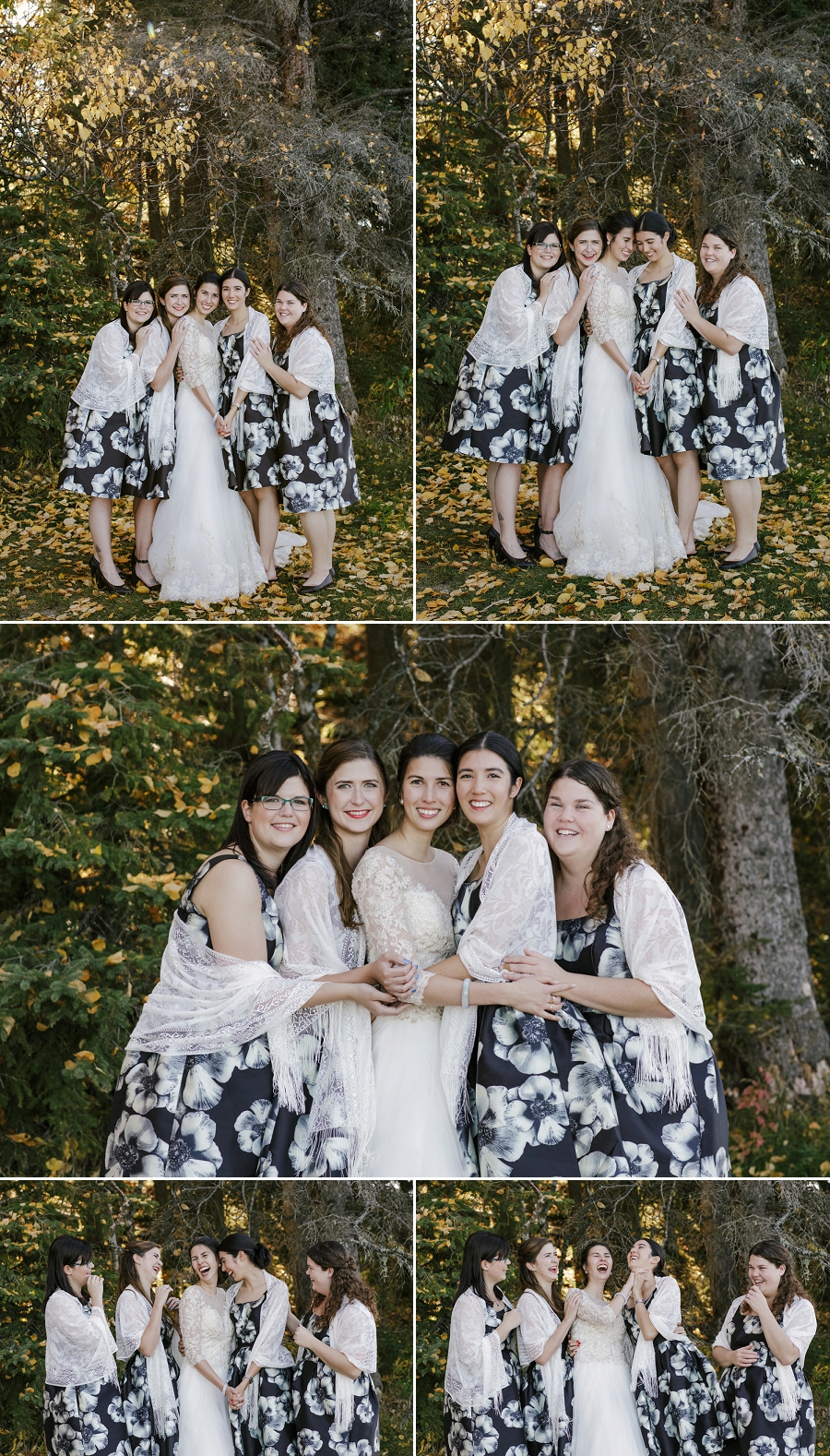 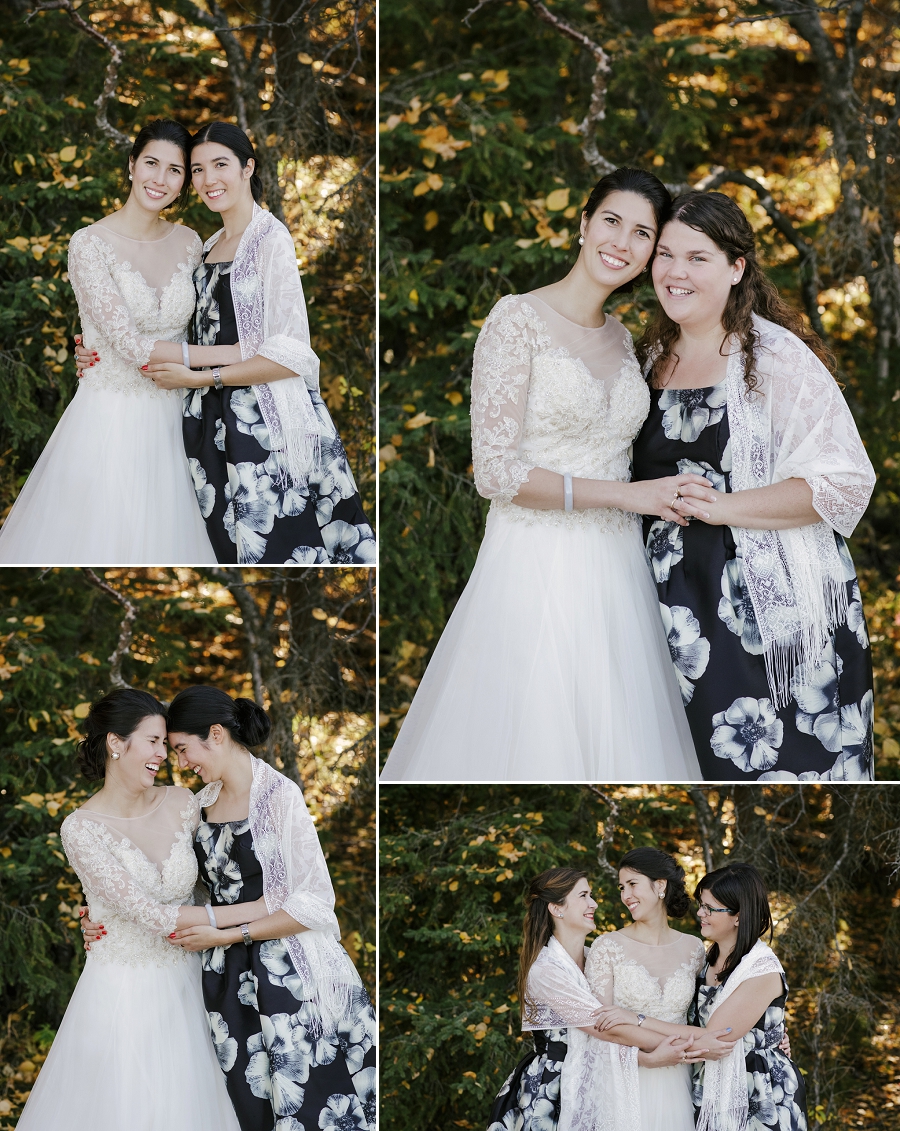 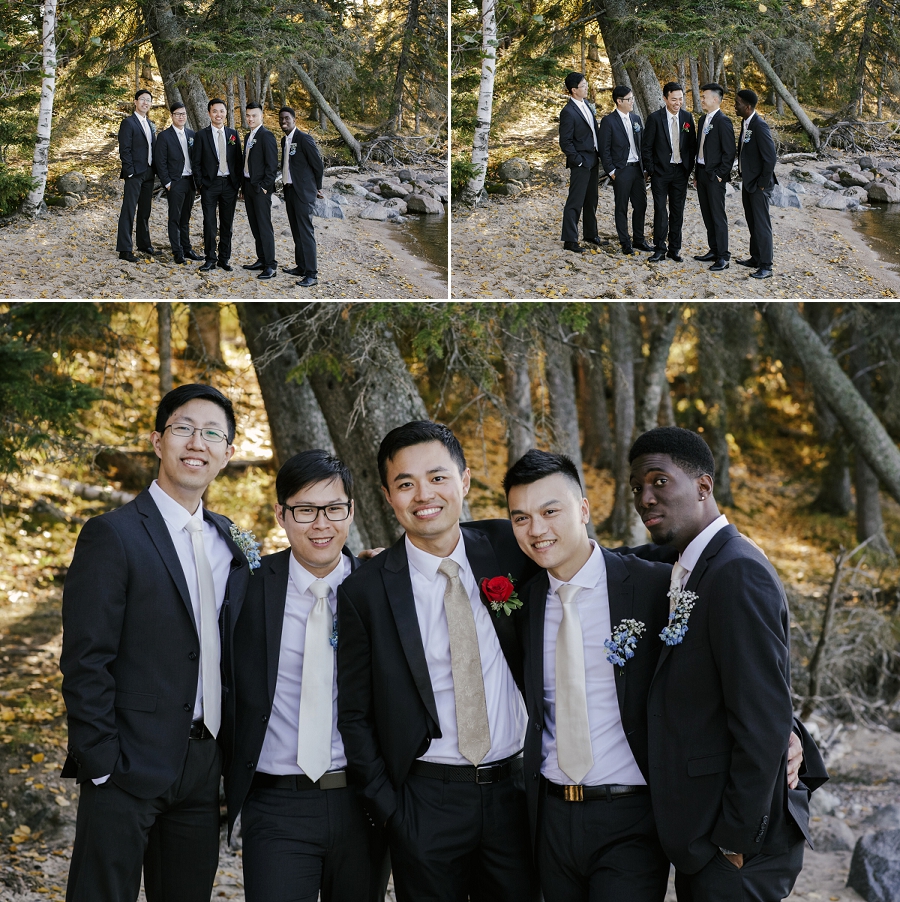 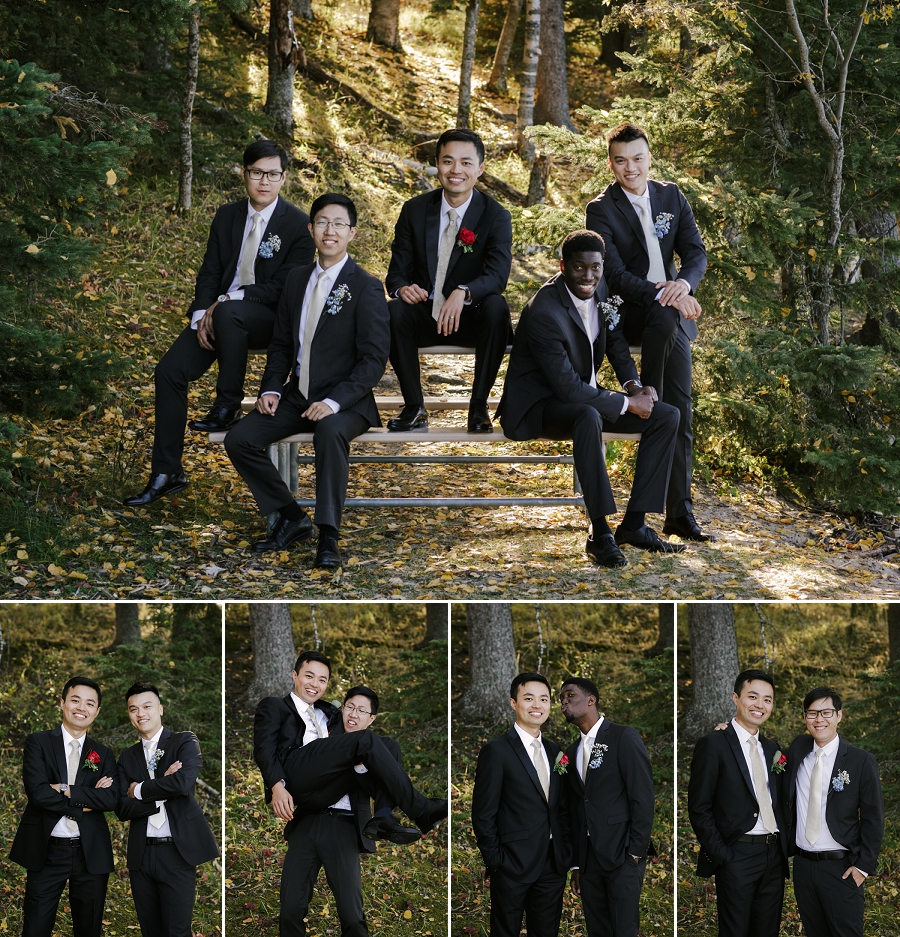 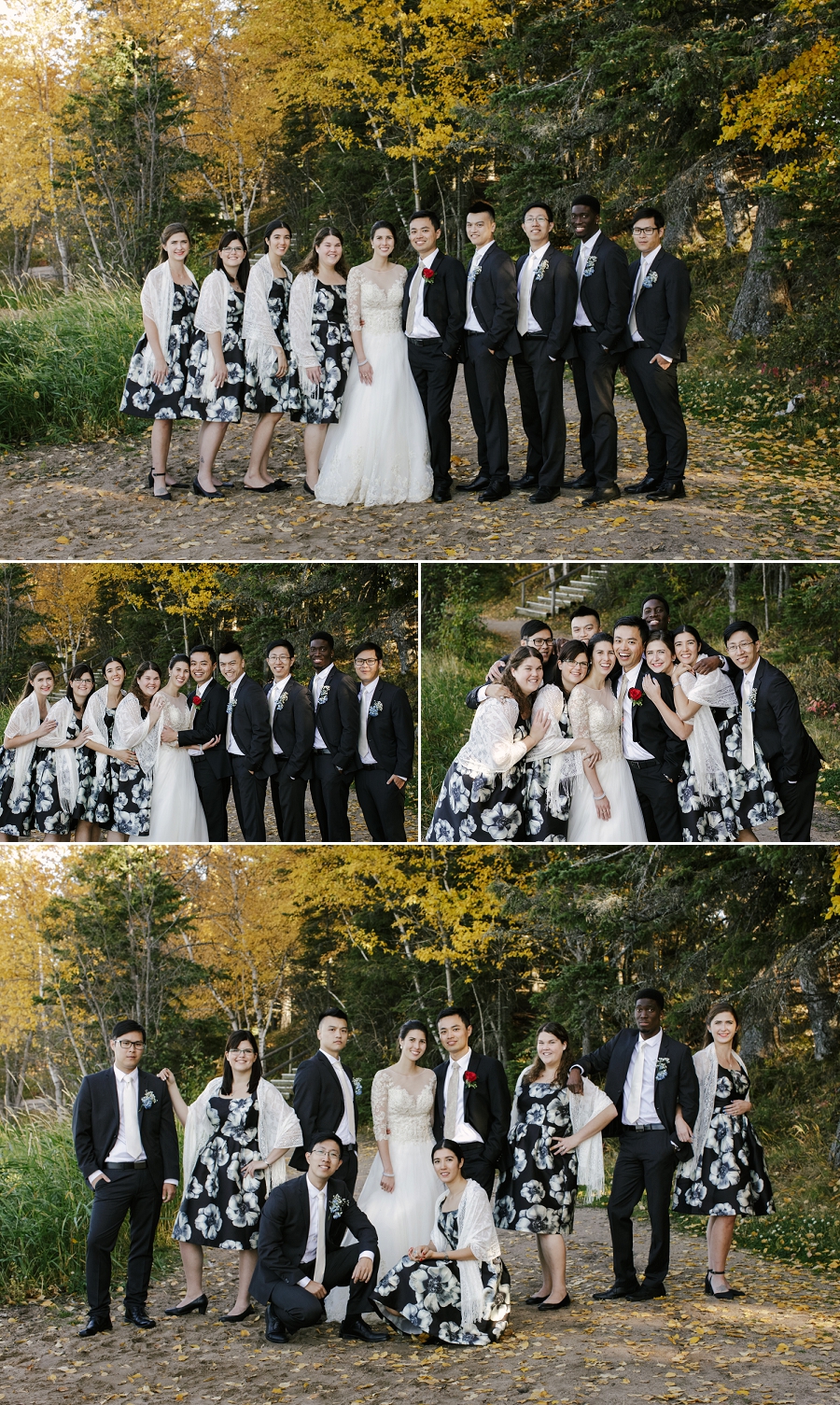 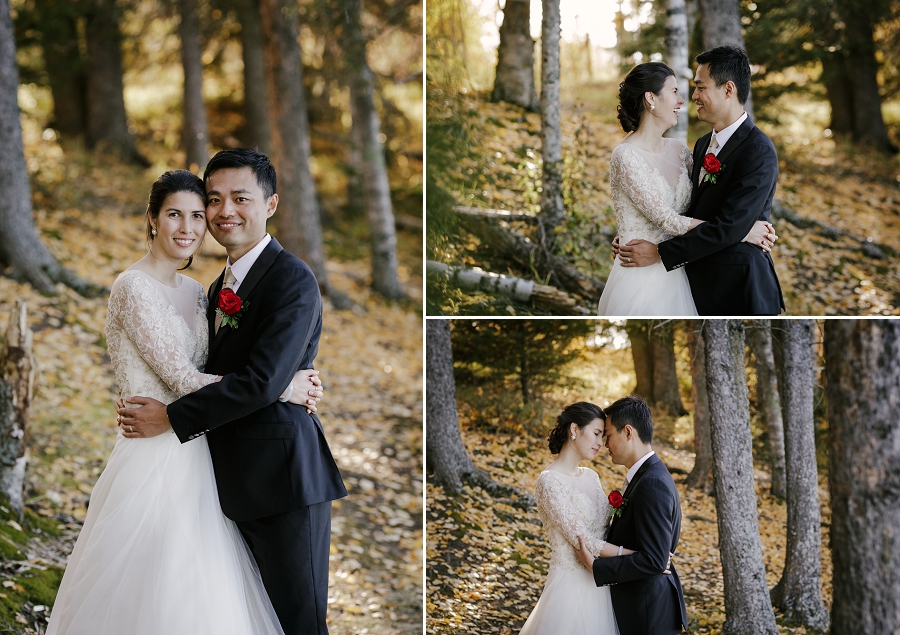 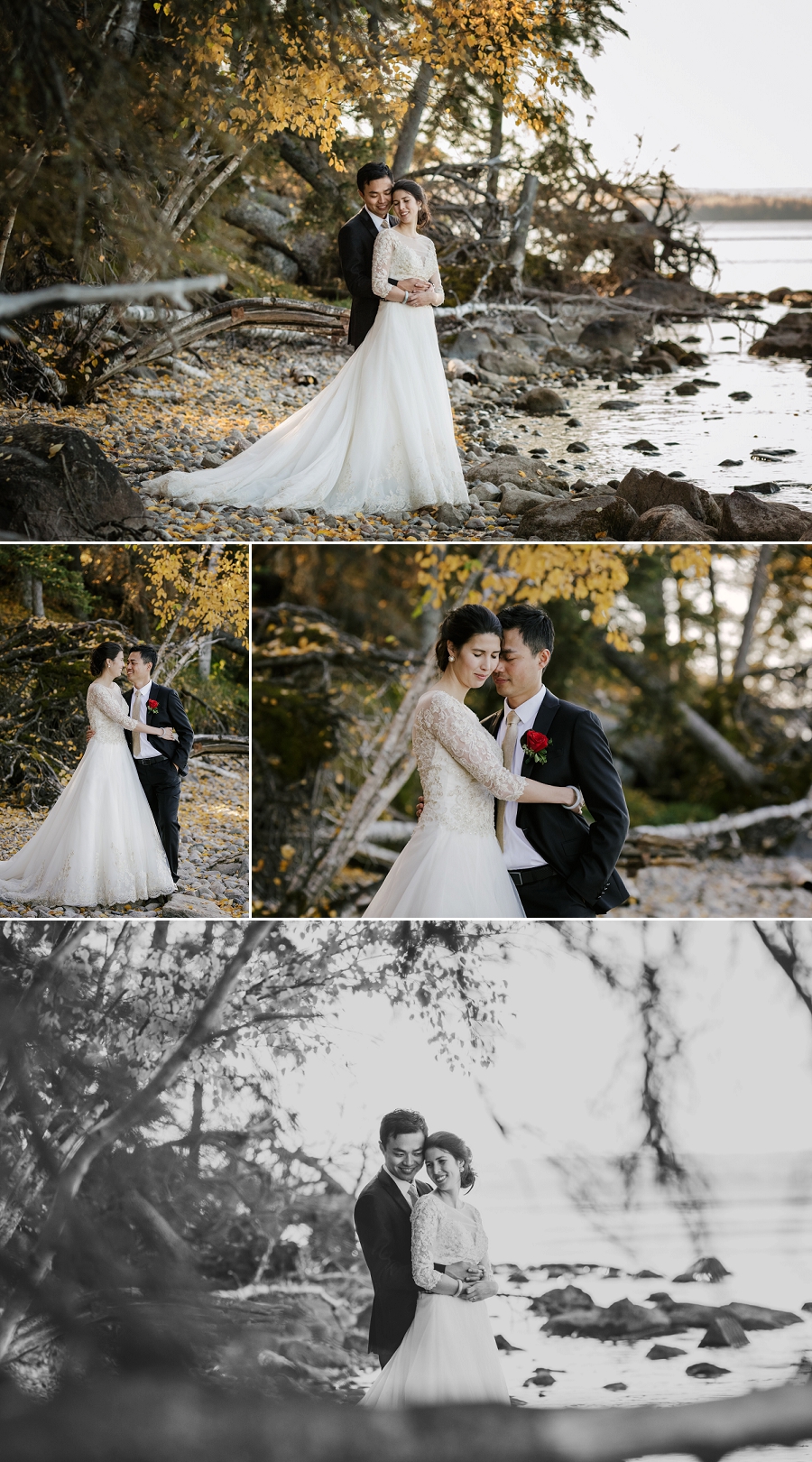 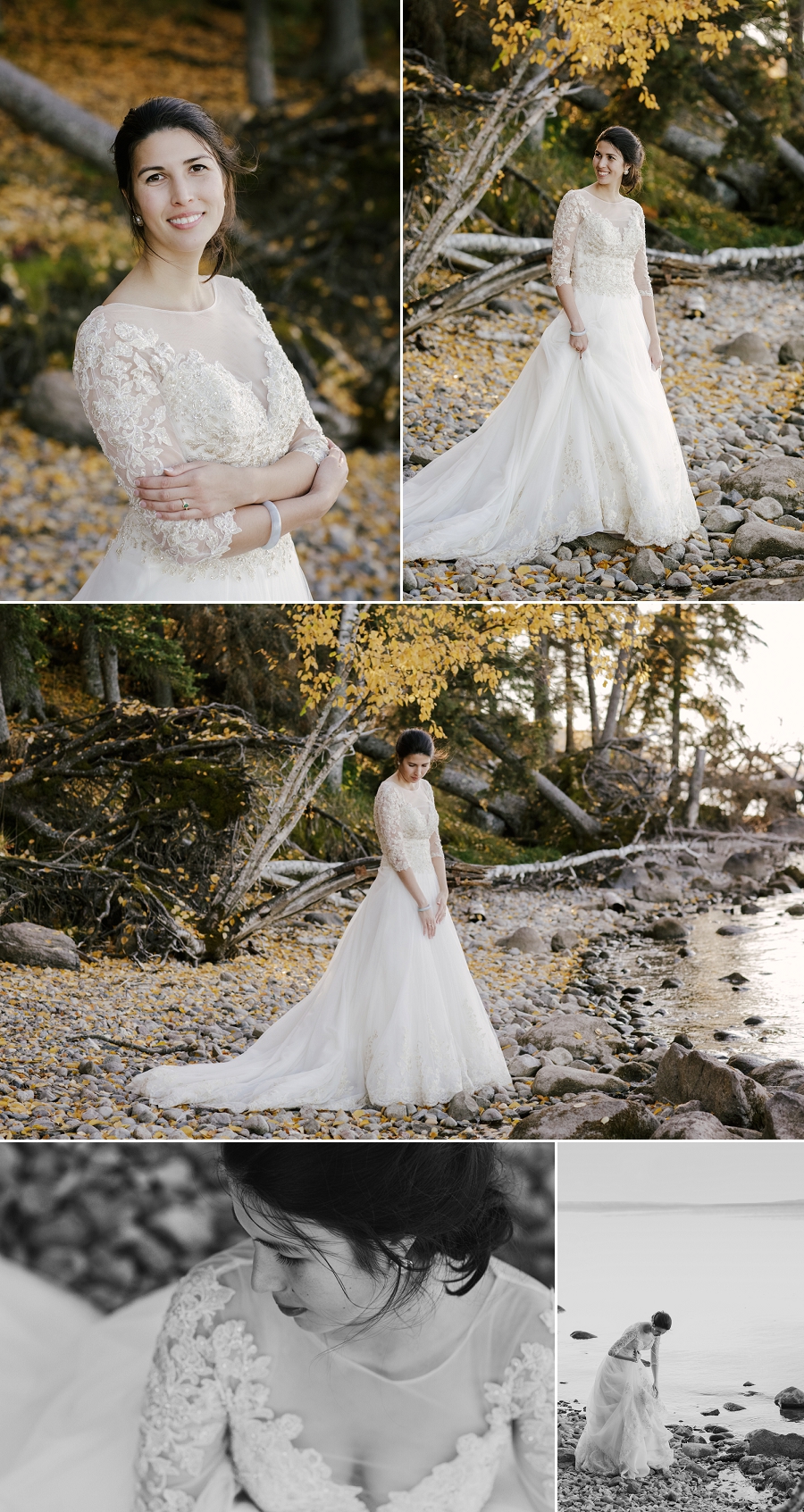 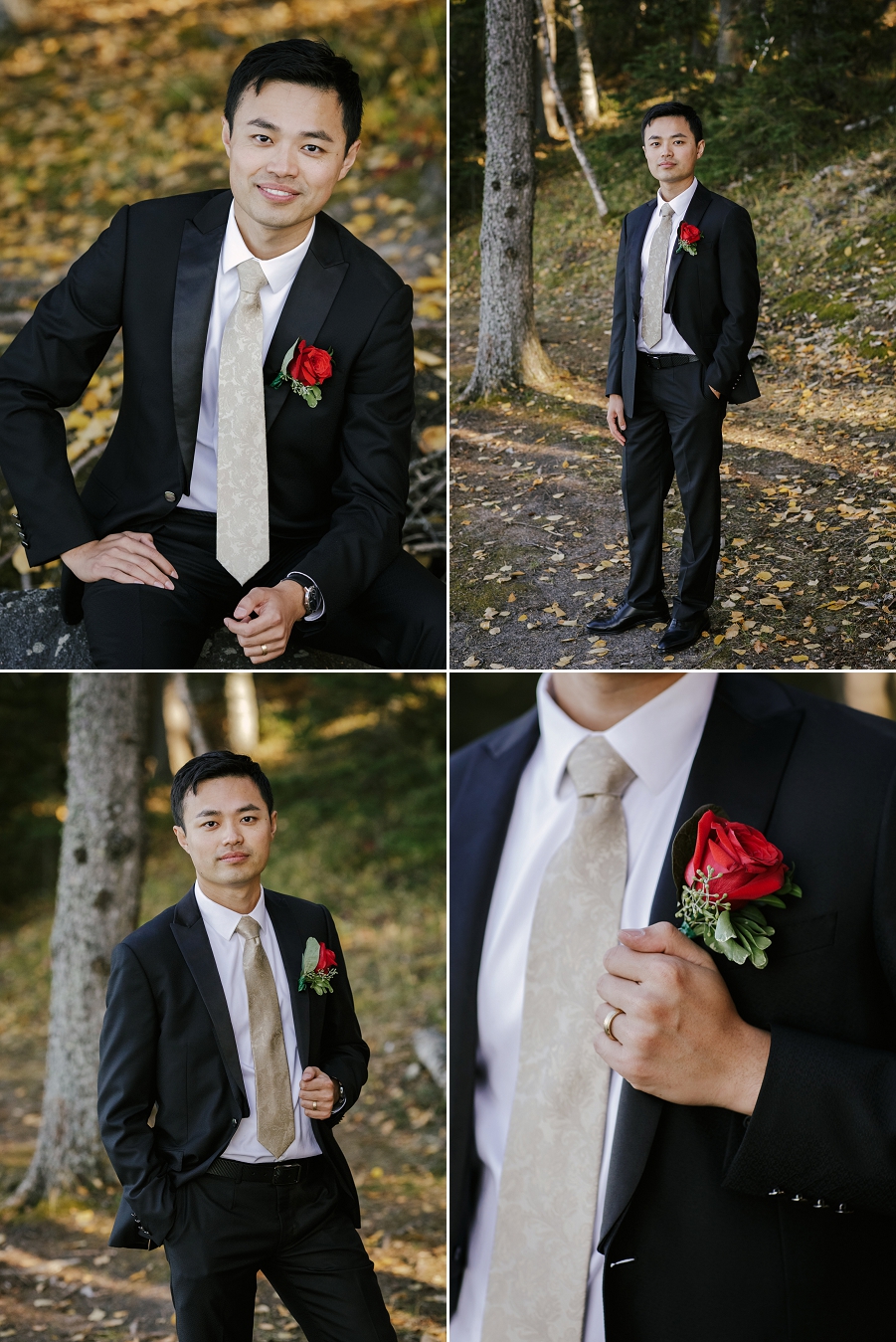 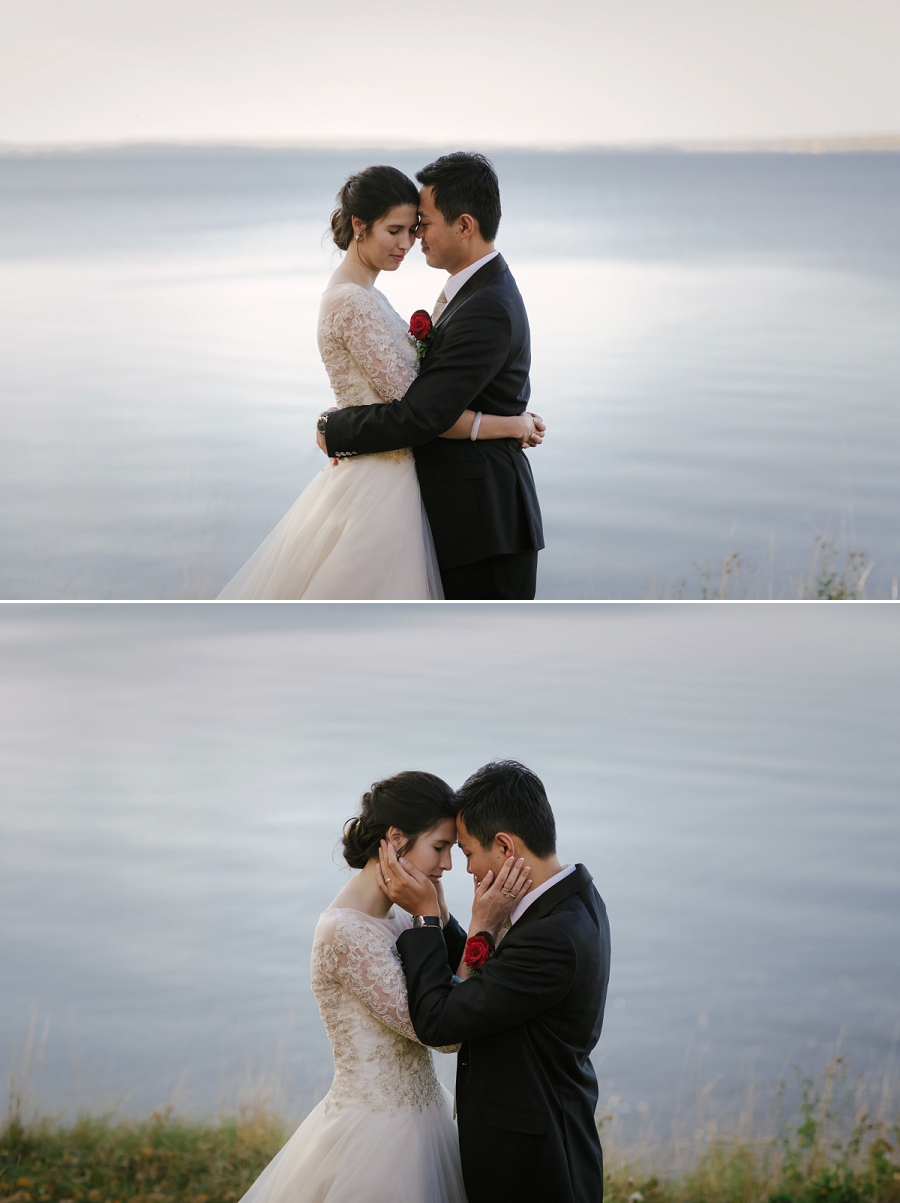 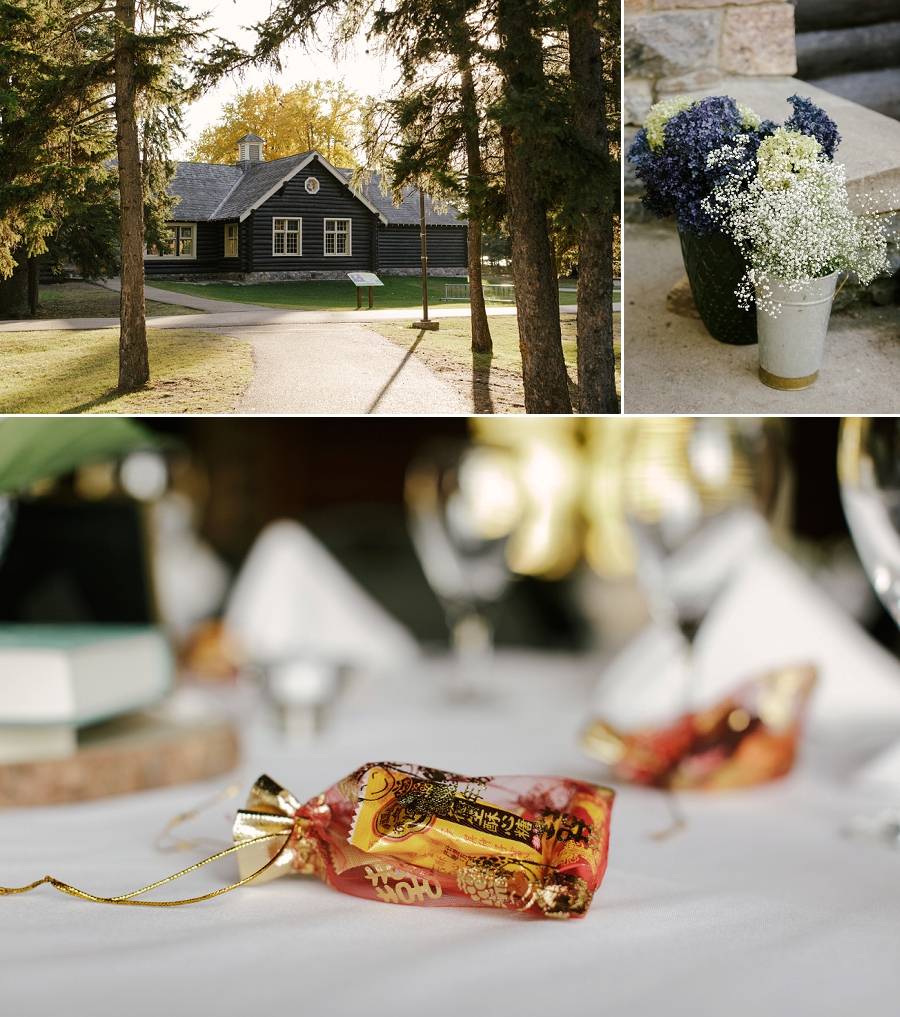 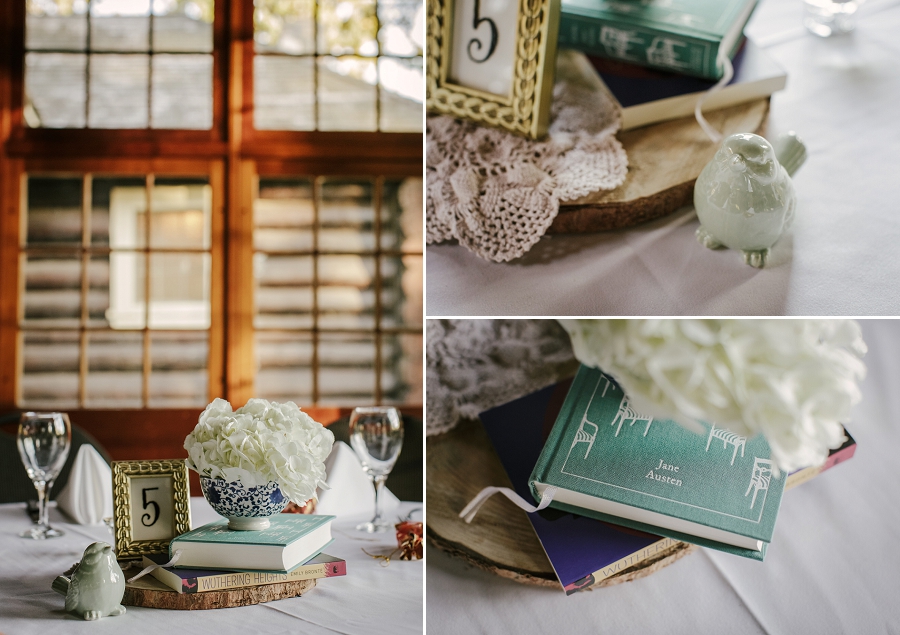 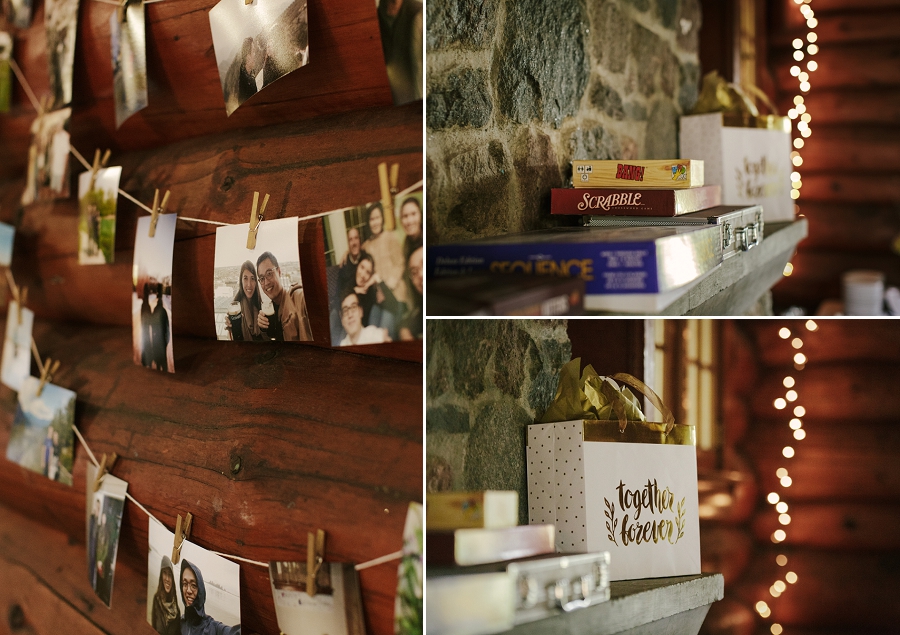 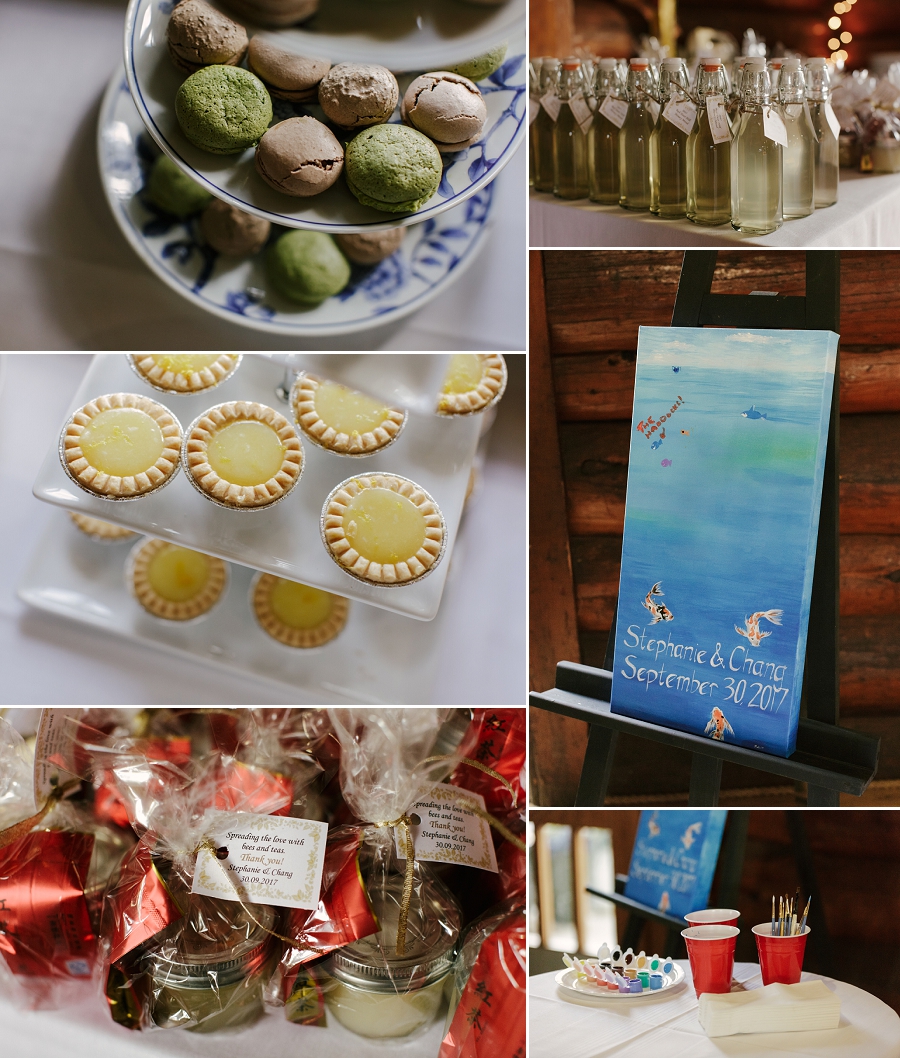